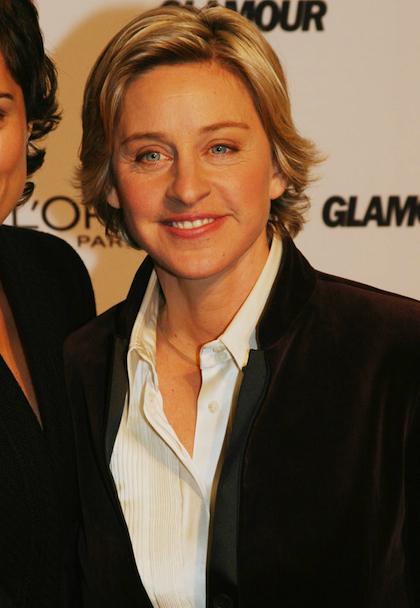 You probably clicked on this story thinking, “Whatever’s on this list, I have already seen it.” But I’d make a bet that you’re wrong.

The five films I’m going to talk about aren’t Boys Don’t Cry, Brokeback Mountain, Milk, or But I’m a Cheerleader. Of course we’ve seen and/or heard of those films -- who hasn’t? Let’s be honest, most LGBT movies miss the mark. A good 75% of them are cheesy, have very bad storylines, or are just plain depressing. Perhaps worst of all, many “lesbian” movie seem to cater more to the straight male audience!

Fortunately, I have managed to stumble upon a few that are actually genuine. I compiled a list of five that won’t make you roll your eyes at cliché hot-girl-falls-for-hot-girl themes, or the he’s-super-flamboyant-but-didn’t-know-he’s-gay plot. These five films make you forget that you’re watching a film about non-heterosexuals: they show that LGBT people are, well, normal!

If these Walls Could Talk 2 (2000): Want to see Ellen Degeneres getting romantic on camera or Vanessa Redgrave giving another fantastic performance? Then watch this film, a trio of short stories set in the same house about lesbian couples in three different decades; 1960s, the '70s, and the turn of the century. Each story is unique and stirs the viewer‘s emotions.

Favorite line: “If you knew her at all, then you’d know…what she wanted. And this wasn’t it.”

Fingersmith (2005): This has to be one of the best lesbian movies of all time. It’s one of the only one with a happy ending, as well as a great story and tons of tension. This lovely, romantic, period piece stars the great Sally Hawkins (Sue) and Elaine Cassidy (Maud).  Based in London around the 1800s, we watch Sue, a fingersmith (British slang for thief) from the slums of London, fall in love with Maud, the woman she was supposed to swindle. Broken down into three parts, this film will have you on edge from beginning to end.

Favorite line: “If I’d said I love you, she would have said it back. And then everything would have been different.”

Happy Together (1997): Kar Wai Wong presents a road trip with two gay male lovers starring Leslie Chung as Pi-wing and Lai Yiu-fai as Tony Chiu, who drift apart as they reach Argentina from their departure from Hong Kong. Happy Together studies a couple that falls madly in love and then deeply out of it; the original Blue is the Warmest Color. Kar Wai Wong made sure this piece was no different from his other critically-acclaimed films such as In the Mood for Love, as he took care in making sure the cinematography, story, and the love between characters was just as strong as any other great love trope.

Favorite line: “I had no regrets until I met you. Now my regrets could kill me.”

Cloudburst (2011): Stella (Olympia Dukakis), a foul-mouthed woman with guts, and  Dot (Brenda Fricker), a sweet blind lady, together are an elderly lesbian couple who make up a hilarious comedy. Stella breaks Dot out of her nursing home and the two head up to Canada to get married. Along the way, they pick up a young, male hitchhiker who adds all the more to this loving comedy.

Favorite line: “That’s what they call us when we’re in a group; a gaggle, a gaze, a flock of lesbians. Like in nature.”

Howl (2010):James Franco plays beat poet Allen Ginsberg in this movie about his life. Howl deserves credit because it has all the properties of any other biopic film but doesn’t overemphasize the fact that Allen (Franco) was in love with guys. In fact, it’s a perfectly normal story with a guy that just happens to be gay, and that’s only half of why it’s so great. The other half is because you don’t even have to know who Allen Ginsberg is to be totally in love with this story. With the perfect mix of animation and live action, watch yourself get lost in this film.

Favorite line: “I started writing poetry because I fell in love and needed to express my feelings.”

Normalcy is what all five of these films are about at their cores. And because they are so normal, watching them for their great stories makes it even easier to love them.  If your favorite LGBT film has these qualities and deserves a place on the list, please let us know in the comment section below!