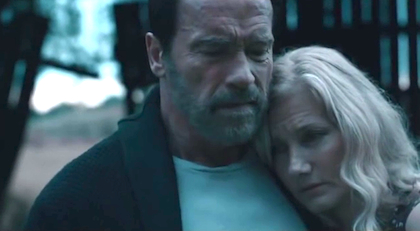 A few weekends ago, Avengers: Age of Ultron pummelled its way into theatres and was an instant (Hulk)smash, and Mad Max: Fury Road is set to follow its lead this weekend. While it’s always fun to watch giant explosions and heroes save the world, major studio films aren’t the only thing hitting theaters this summer. A number of interesting indie films will also premiere, and you won’t want to miss out on these "quieter" films. Here are just a few of the must see indies of the summer:

Starring Cobie Smulders, Guy Pierce, and Kevin Corrigan, this oddball romantic comedy takes place in the world of personal trainers. The film has received a great deal of praise from critics, who enjoy its quirky humor. Results was directed by indie darling Andrew Bujalski, and this is his most commercial film yet. I personally appreciate a great indie rom-com, especially one that makes fun of the strange world of trainers and self-help coaches. (May 29 in limited theatres)

Kristen Wiig has had a rather rocky start trying to break into indie films, but she seems to have finally struck gold with Welcome to Me. The film follows Alice (Wiig), a woman with borderline personality disorder, who happens to be obsessed with TV. After winning the lottery, she decides to not only make a TV show about herself but also abandon her medication and live in a casino. Welcome to Me sounds delightfully strange, and I look forward to Wiig getting to bust out her dramatic chops. (Now in theatres)

3. Far from the Madding Crowd

Starring Carey Mulligan in her first starring role since The Great Gatsby, Far from the Madding Crowd is based on the 1847 novel by Thomas Hardy. The story follows a beautiful young woman (Mulligan) and her relationships with three different men. The film was directed by Danish filmmaker Thomas Vinterberg, who is known for his explosive dramas and intense scenes. I’m just excited to see Mulligan return to the screen, as her portrayal of Daisy Buchannan was probably the best part of Baz Luhrmann’s Gatsby. (Now in theatres)

The one and only Arnold Schwarzenegger (or, as I like to call him, Arnie) is back! The Terminator stars alongside Abigail Breslin in Maggie, a zombie psychological thriller. Schwarzenegger stars as a Midwestern(!) farmer as he tries to help his teenage daughter (Breslin) who has turned into a brain-eating zombie. The film sounds a bit like specific scenes from “The Walking Dead” and is certainly an interesting take on the genre. I’m intrigued by the idea of Schwarzenegger in a surprisingly subdued role (at least by his standards) as well as his pairing with Breslin, who has blossomed into quite a remarkable young adult actress. (Now in limited release)

This isn’t the first time I’ve written about Love & Mercy, the Brian Wilson biopic, and it may not be the last, because I really am fascinated by this film. Love & Mercy stars Paul Dano and John Cusack as the troubled Beach Boys songwriter at opposite stages of his life. The film was a hit at the Toronto Film Festival, where critics praised it for its unconventional structure and Dano's and Cusack’s performances. I am curious to see whether or not Dano and Cusack actually can sing, as well as Elizabeth Banks's performance, who appears as Wilson’s love interest and ends up saving him. (June 5)

Stay tuned next week for Part 2 of the best indie films to check out this summer!