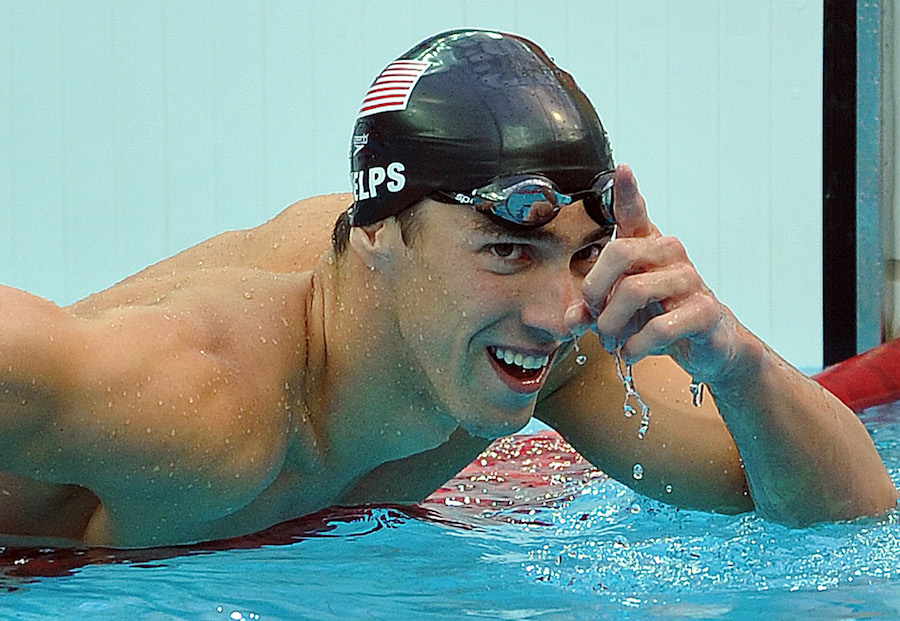 Every 4 years, the greatest athletes in the world converge and compete to see who is unbeatable. They train tirelessly, proving themselves in international competitions and official Olympic trials. Since 1896, the Games have been a worldwide phenomenon â”€ that is, until 2020.

Even though we’re deprived of our Olympic content this year, we can still get in the spirit. Here are some of the most memorable moments in Olympic history!

At just 14 years old, Romania’s Nadia Comaneci made history. As she dismounted from the uneven bars and stuck a perfect landing following her 23-second routine, the scoreboard read “1.00”. Confusion ensued, leading the announcer to report that Comaneci had, in fact, scored a perfect 10. Because this had never been done before in Women’s Gymnastics, the scoreboard was not equipped to handle such a high number. In total, she scored seven 10s at the 1976 Games, securing her spot in Olympic history forever.

Eddie Edwards holds the honor of being Great Britain’s first Olympic ski-jumper since 1928. Because he wasn’t good enough to qualify for the Olympics in Downhill Skiing, he switched to Ski-Jumping, where there was no one to compete with for a spot on the team. He came in last in both the 70- and 90-meter events, but won the hearts of everyone watching at home. He was unathletic, self-funded, and a total underdog. However, his spirit and enthusiasm for the sport led to his becoming a minor celebrity around the globe. The 120-meter jump can be fatal to even the most seasoned professionals, but Eddie the Eagle landed like a champ.

Hitler intended for the Berlin Olympics to act as a showcase for Aryan athletes; however, of the United States’ 11 gold medals that year, 6 were won by Black athletes, and 4 of those 6 were awarded to just one man: Jesse Owens. He won gold in every event he competed in, broke 2 world records, and tied a third. 84 years later, Jesse Owens is still a household name, proving he is one of the most iconic Olympians of all time.

Michael Phelps is the most decorated Olympian in history, and probably will be for a very long time. At just 23 years old, he competed at his third Olympic Games â”€ a competition that would go down in history. He won 8 gold medals (one for each race he competed in), and 7 of those wins also broke world records. To this day, that is the most gold medals won in a single Olympiad by a single person. 2008 was also the year he broke the record of most career gold medals won by an Olympian. The previous record holder had 7; Phelps doubled that at 14.

The only person to have ever won gold in all 3 long-distance running events is Czechoslovakia’s Emil Zatopek. He swept in the 5,000-meter, the 10,000-meter, and the Marathon. Zatopek had never run a marathon previous to his Olympic win. He decided to run it days before the race took place, and his only plan was to stick with the then-current world-record holder. It was a plan that would make Zatopek known as one of the greatest runners of all time. His record still has not been broken.

London’s opening ceremonies were weird, to make a sweeping understatement. They included reenactments of the cottage industry’s transition to the Industrial Revolution, the Queen jumping out of a helicopter, and a giant Voldemort puppet fighting dozens of flying Mary Poppinses. The event was a fever dream come to life, and one that will linger on in our collective memory forever.

We have one more year to wait until the fated Tokyo Summer Games. Undoubtedly, more records will be broken, more memories made, and more names gone down in history. And if one thing is for sure, it’s that the Opening Ceremonies have a lot to live up to.