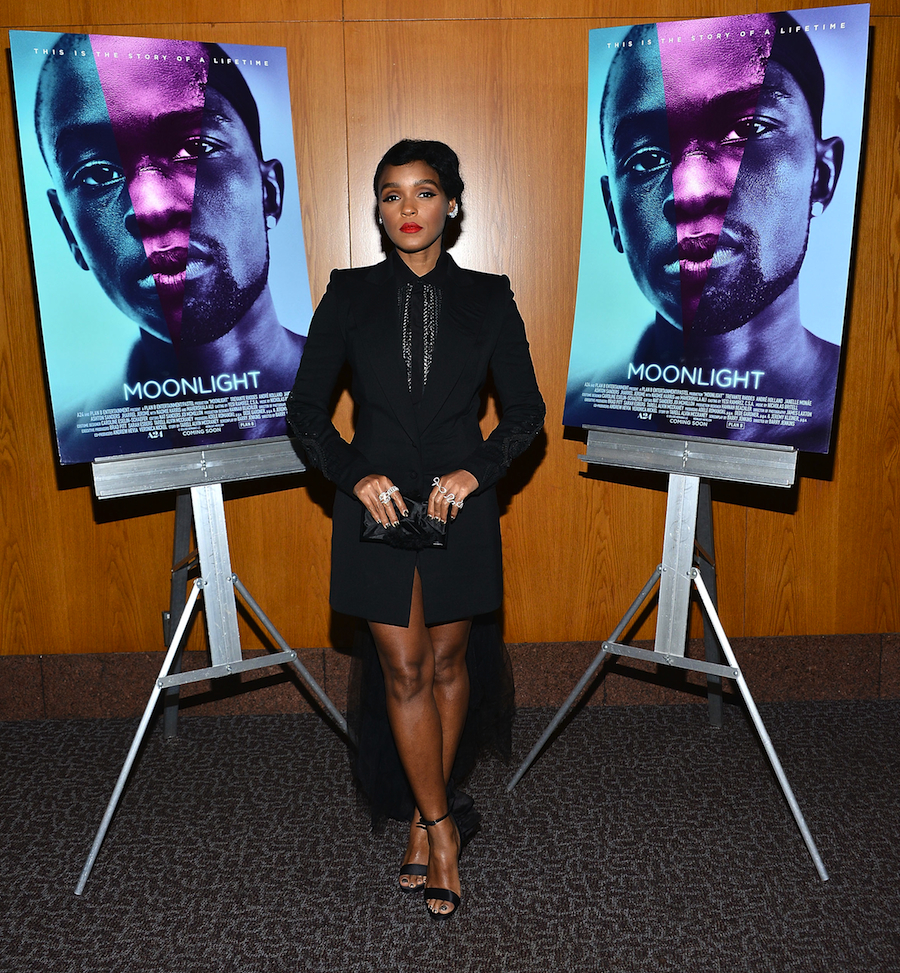 Premiering at Venice and showcasing at other film festivals, Bradley Cooper’s directorial debut A Star is Born has received nearly unaniomous acclaim from film critics. However, most of the praise has been attributed to Lady Gaga, as many have pegged her to earn an Oscar nomination for her electrifying performance as an unknown musician who makes it big.

History has seen many musicians head to the silver screen, some like Elvis Presley to capitalize on star power, and some like Mark Wahlberg (aka Marky Mark) ultimately fully transition into Hollywood as an Oscar-nominated performer. Nowadays, these kinds of transitions appear to be more common than ever, so let’s take a look at some of the best young musicians who have given exceptional performances in recent years!

It may be cheating to include two performances for one actor, but Monae is just too talented to limit to one acting credit, especially since both came in the same year. Monae is one of the most talented musicians today, with her most recent album, Dirty Computer, receiving praise as one of the best albums of 2018. But she has made her presence as an actress known by starring in this small, yet effective supporting roles.

Moonlight, which of course went on to win the Oscar for Best Picture in dramatic fashion, relied heavily on its talented supporting cast to tell a powerful coming-of-age story, and Monae was certainly an integral part of the ensemble. Monae’s acting prowess also helped Hidden Figures earn a Best Picture nomination the same year, showing that the best of the best in Hollywood want to work with Monae.

A relatively unknown musician, Walsh-Peelo stole the hearts of everyone who was lucky enough to catch the incredible indie gem Sing Street, which follows a high school student living in 1980s Ireland as he uses music to cope with life’s hardships. Walsh-Peelo carried the film with his charming performance, along with a young cast made up mostly of other musical artists. However, it’s his musical abilities that really helped elevate the film’s style and emotional impact. Just watch him perform the jam of all jams, “Drive It Like You Stole It”:

Hailee Steinfeld: The Edge of Seventeen

While Steinfeld was known first to the world as a talented young actress in the Coen Brothers remake of True Grit, she has certainly made her mark on the music industry the past few years. However, instead of abandoning her acting career, Steinfeld has impressively managed to deliver more memorable film performances while consistently cranking out terrific pop music. Her finest performance came last year, in the high school coming-of-age film The Edge of Seventeen. She delivered comedy and emotional depth at the highest level in the movie, making it one of the most memorable performances from a young actor in recent memory.

Both Alex and his brother Nat could’ve been featured on this list, as they have produced together since their time on the Nickeldoeon series “The Naked Brothers Band” and both have turned in great performances in a variety of different films. But the best performance from the brother duo came earlier this year from Alex, in the A24 horror film Hereditary. The film itself is incredibly dark and harrowing, and Wolff delivered a performance with such heavy sadness, guilt, and terror, already making it one of the most iconic horror performances in recent memory (along with Toni Collette, who portrayed his mother in the film). His best scene is too good to spoil here, so you can check out the freaky trailer below (if you’re brave enough), and if you think you can stomach the dark terrors the film has to offer, the movie is definitely worth checking out.

Elgort lead Edgar Wright’s hyper-stylized Baby Driver last year with his charm and cool style, which was a difficult task considering the role didn’t call for much dialogue from the young star. The movie’s success hardly put Elgort on the map, as he had not only become a recognizable talent in films like The Fault in Our Stars, but the young artist had already established himself as an exciting DJ. The film itself relies heavily on its soundtrack and synchronizing action and editing to the beat of the music, allowing Elgort’s musical instincts to help him manifest the film’s rhythm and style, from the way he drives, speaks, and walks, ultimately creating one of the smoothest action heroes of recent memory.