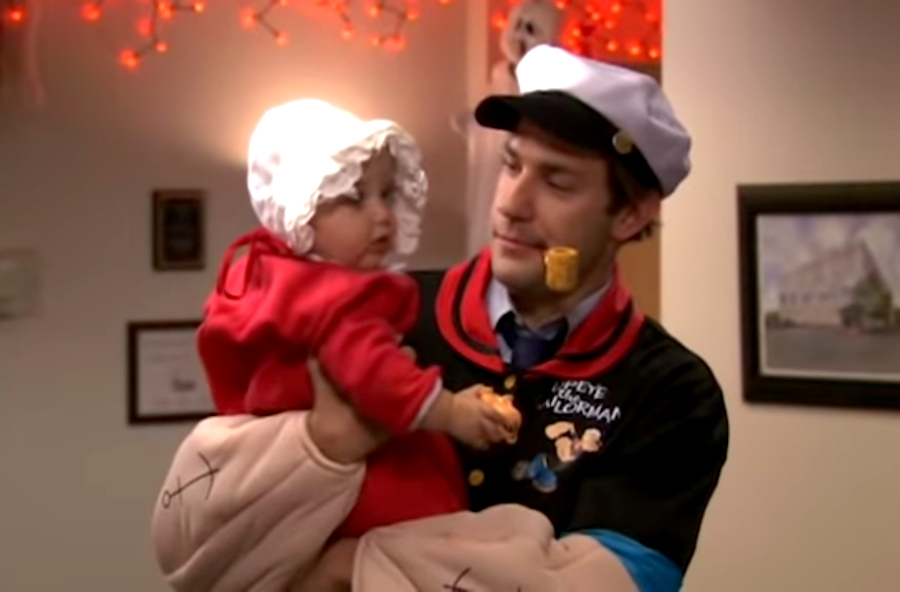 Is there anything more gut-churningly terrifying than a pre-taped laugh track? The haunting echo, unending howl, and deadpan "ha-has" of a sitcom written in haste… little does more to send a chill down the spine. However, these shows honor All Hallows Eve just as well as an abandoned Circuit City-turned-Spirit Halloween pop-up. Here are the best of the best Halloween TV moments!

The gang starts out strong by going to a screening of Texas Chainsaw Massacre, but things quickly go off the rails when they travel over to their abandoned, burned-down grammar school. A rumor of a dead, ghostly gym teacher haunts them as they pick through old records and paperwork, and -- the horror! It is revealed that Jackie’s middle name is… Beulah. Turn the lights back on, I can’t bear it any longer!

Okay, so this isn’t technically a Halloween episode, but it does include a campy graveyard scene, so it counts. Fran is noticed from the audience of "The Rosie Show" and given a regular spot to talk and give advice, which prompts Maxwell to have nightmares over losing her. One such nightmare is the aforementioned graveyard scene, wherein characters from the show are dressed in lace and layers, set up behind headstones and mausoleums, and spoof Fiddler on the Roof. It’s reminiscent of The Haunted Mansion, with smoke machines, silly characters, and catchy songs.

The joy of this episode is the carousel of costumes the Dunder Mifflin office runs through as each member scrambles to win a coupon book worth what they believe to be $15,000 (spoiler alert: it’s practically worthless; it’s a coupon book). Honorable mentions go to Ryan as Justin Bieber, Kelly as both Snooki AND Katy Perry, and Gabe as Lady Gaga (if there’s one thing to be said about Gabe, it’s that he’s got spirit). It’s the type of fun, goofy humor people flock to this show to receive.

Batman and reptiles and letters -- oh my! Jess throwing a Halloween party is the least-interesting aspect of this episode (which means we’re in for a real treat). It is revealed that Schmidt has been receiving letters from “Michael Keaton” (read: his mother and Nick) since he was a child. Because Jess doesn’t want Schmidt running into Cece at her party, she convinces Nick to start the Keaton letters back up. What ensues is a spiral of trickery, heartbreak, and false childhood heroes. It may or may not include a cameo of the Caped Crusader himself.

When two teenage girls show up trick-or-treating on Larry David’s front door, he does what he does best: goes on a winding tirade about something better left alone. “What are you gonna be, 40? Trick-or-treating at 40? 'I’m 40 years old, I want free candy!'” He complains, interrogating the girls as they try to have a fun night out. As usual, Larry digs himself into a hole deeper than a freshly shoveled grave, and you won’t be able to look away.

This Halloween, go ahead enjoy your favorite shows. I encourage it. Just be weary of that chilling laugh-track...