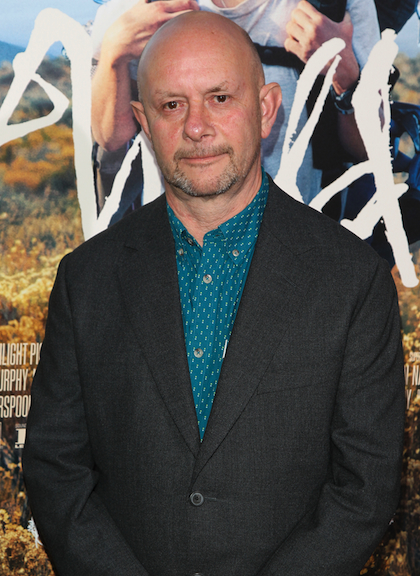 The East Coast is finally starting to look less like the tundra, Spring training is in full swing, and students (and teachers) are packing their bags for Spring Break, which means it’s officially Springtime! Since it is nearly Spring Break, there’s no time like the present to read a good book. As you pack your tote for Spring Break, consider including one of these five books:

Funny Girl by Nick Hornby: The author of High Fidelity and About a Boy is back with a brand new novel set in the Swinging '60s. The novel follows Barbara Parker, an aspiring television actress who moves to London to try to make it. Upon arriving, she changes her name to Sophie and gets her first big break in TV. While on the show, Sophie strikes up a friendship with Clive, her co-star, and Dennis, her producer, who begins to develop feelings for her. Funny Girl has been praised for its quirky look at network TV and the 1960s. Hornby’s writing has always had a satirical slant to it, and his characters have always been delightfully odd. It seems that the characters in Funny Girl are truly funny!

A God in Ruins by Kate Atkinson:A God in Ruins is the follow-up to Atkinson’s acclaimed novel, Life After Life. In this sequel, the story focuses on Teddy Todd, the younger brother of Life After Life’s protagonist, Ursula Todd. After surviving as a RAF pilot during WWII, Teddy returns to a half-destroyed England and a wife he doesn’t know how to love. After she passes, he has to deal with his daughter who constantly blames him for her death. Teddy must learn to deal with his PTSD -- and his daughter -- if he wishes to ever have a happy life. For those of you who have read Life After Life, you know how complex Atkinson’s writing can be, as well as how beautifully crafted it is.

The Thrilling Adventures of Lovelace and Babbage: The (Mostly) True Story of the First Computer by Sydney Padua: A long time ago, before the first computer was ever created, the daughter of Lord Byron, Ada Lovelace, and Charles Babbage, a noted polymath, teamed up to write the first letter of computer programming. Lovelace herself was a talented mathematician, and she helped Babbage with his notes on an analytical engine. Sadly, Lovelace died shortly after, and it would be years before the first computer would be released. In The Thrilling Adventures..., Padua imagines an alternate world in which the pair didn’t die, and instead used their creation to (wait for it) fight crime! Her novel, which is based on her webcomic, appears to be well-researched and eccentric. After all, who would have thought to write these two as the next great crime-fighting duo?

Hold Me Closer by David Levithan: Tiny Cooper was first introduced in John Green and Levithan’s Will Grayson, Will Grayson, where he spent most of his time crafting a musical about his life. In Hold Me Closer, readers will get to experience Tiny’s over-the-top, glittery, fabulous musical in full. The entire novel is written as a musical script, complete with absurd musical numbers all about Tiny’s life. How long do you think it will be until Tiny’s musical gets its own film adaptation?

The Last Unicorn by William deBuys: A saola is not a new species of koala -- nor is it a sage koala -- but it’s about as rare as one. In The Last Unicorn, William deBuys sets off in search of a soala, which is a large, horned mammal that lives in Southeast Asia. Throughout his novel, deBuys learns that trying to find a soala is about as likely as finding a unicorn (hence the tile) and that animals are really being harmed by us. I personally want to know more about exactly what a saola is (I’m still a little sad it’s not a sage koala), so I will be checking this read out for sure.

Which books are you looking forward to reading this spring?