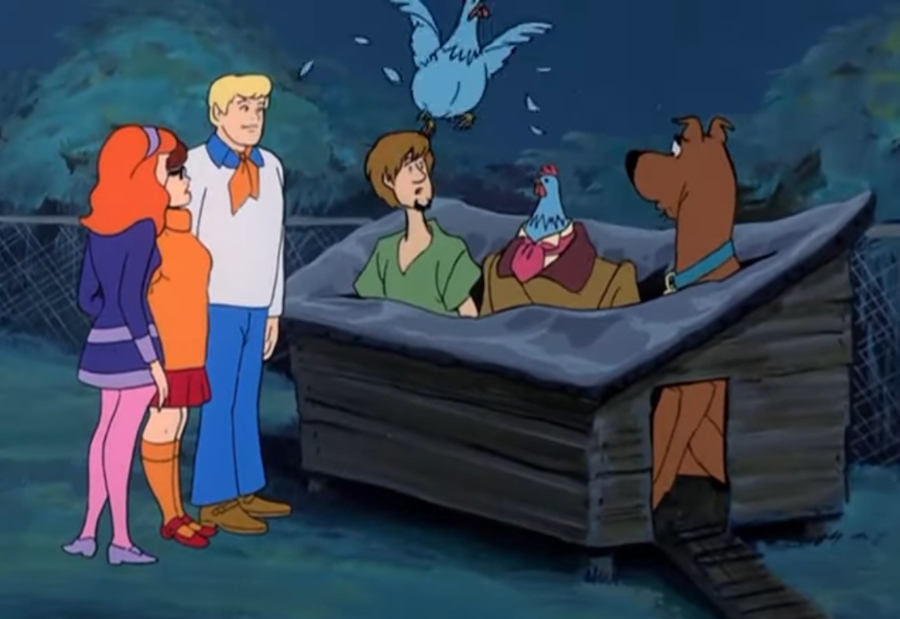 Generations of people grew up with those meddling kids and their stupid (read: beloved) dog, Scooby-Doo. Since 1969, Mystery Incorporated has been splitting up, searching for clues, and ripping the poorly-sewn-on heads off of bad guys. Ken Spears, the show’s co-creator, died in early November, and to honor his legacy, we’re taking a look back at five of the best "Scooby-Doo" episodes ever made.

Fun fact: this episode is the only one in the original series, “Scooby-Doo, Where Are You!”, to have a non-costumed villain. Instead, the gang face off against Charlie the Robot, a real robot, as he destroys their favorite amusement park in its off-season. The defunct park is creepy and the gags are classic, making this episode an all-time great.

This episode is quintessential “Scooby-Doo” -- it has a haunted mansion, a headless ghost, and a diary from the 1800s. When the gang run out of gas on the way to a rock festival, they are forced to seek help/shelter in the old house down the road, but things get hairy as the ghosts come out...!

I had to include the pilot episode. Not only is the Black Knight a classic character, but we’re introduced to the gang for the first time. They task themselves with snooping around a museum at night, investigating a missing archeologist and an evil suit of armor that comes to life at the full moon (and it just so happens that that night featured a full moon! The horror!).

The atmosphere in this one is second-to-none. The fog, decomposing shack, and “Go Back!” sign are enough by themselves to scare a kid into sleeping with the lights on. The gang end up in a dark swamp and stop for directions from a zombie who was, in turn, planted near the road by a witch. It’s monster-ception! A two-for-one deal, if you will. Classic hijinks ensue, and Mystery Inc. comes out victorious.

“That’s Snow Ghost” starts out with a creepy warning, which is always the best way to begin. While on a ski trip, the ski lodge owner warns the gang to lock their doors, or the Snow Ghost will get them. Naturally, they must investigate, and they find the ghost of an abominable snowman! And I must mention that their winter outfits are so refreshing.

Thank you, Ken Spears. You entertained generation after generation and taught us all that there’s no such thing as monsters (but old guys in costumes can be just as scary).