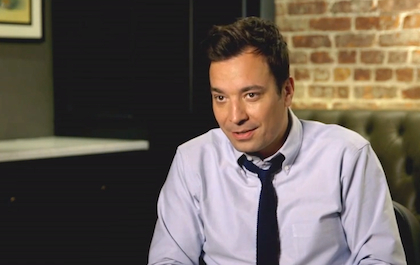 Once a year, most of Hollywood flocks to the charming town of Park City, Utah, to premiere fascinating documentaries, oddball comedies, and nail-biting indie dramas. Sundance Film Festival is happening once again, and there are some intriguing films making their debuts. Here are my top picks for the best looking films of Sundance so far:

1. The Stanford Prison Experiment:Based on the controversial Phillip Zimbardo experiment from the 1970s, The Stanford Prison Experiment is one of psychology’s most disturbing experiments. In 1971, psychology professor Zimbardo decided to test the theory that the personality traits of prisoners and prison guards are the reason why there is so much abuse in the prison system. He selected 24 male students at random, and they were randomly picked to either be a prisoner or a guard. The experiment, which was meant to take place over a two-week period, was carried out in the basement of Stanford’s Jordan Hall, where a fake prison was made to house the experiment. The experiment ended up having horrific results -- the “prison guards”, including Zimbardo himself, turned horribly abusive and the prisoners suffered severe psychological trauma. Two prisoners quit early and the entire project was stopped after six days. Even though the film is fictional, it is set to take an in-depth look at Zimbardo (played by Billy Crudup) and the students who were experimented on (a few in the cast include Ezra Miller, Nelsan Ellis, and Tye Sheridan, among many others). The Stanford Prison Experiment has actually been in the works since 2002 and was finally filmed last year. Considering the fact that the actual Stanford Prison Experiment is probably one of the darkest chapters in psychological history, I can’t wait to see this movie. I’m eager to see how these actors transform themselves into complete psychopaths.

2. The End of the Tour: Based on the book Although Of Course You End Up Becoming Yourself by David Lipsky, The End of the Tour tells the true story of the unlikely friendship between David Foster Wallace (Jason Segel) and Rolling Stone journalist David Lipsky (Jesse Eisenberg). At the end of the tour for Wallace’s novel Infinite Jest, Lipsky set out to interview him for a profile for Rolling Stone, and the two became fast friends. Directed by James Ponsoldt (The Spectacular Now), The End of the Tour is framed around Wallace’s later tragic suicide and focuses on the two writers' deep discussions. Segel apparently proves that he does have dramatic chops, a revelation that I have long suspected (he is actually quite tragic in Forgetting Sarah Marshall when you think about it). As a fan of Wallace (I teach his commencement speech every year), I’m happy to see that he is finally getting a biopic -- and hopefully more generations will be inspired to read his writing.

3. Misery Loves Comedy:This appears to be one of the most charming documentaries being shown at Sundance. Director (and stand-up comedian) Kevin Pollak interviews some of comedy’s greats who reveal themselves in candid interviews. A few of the top comedians interviewed include Jimmy Fallon, Judd Apatow, Lisa Kudrow, Larry David, Whoopi Goldberg, and Steve Coogan, among others. Misery Loves Comedy appears to be a delightful look at the comedy world.

4. Me, Earl, and The Dying Girl: Dubbed the new The Fault in Our Stars, Me, Earl and The Dying Girl has already received rave reviews from critics. Based on the novel by Jesse Andrews, the film follows Greg Gainnes (Thomas Mann), a high school senior who has figured out how to become invisible. He and his best friend Earl (RJ Cyler) enjoy watching classic and foreign films together and have a relationship strictly based on filmmaking. Greg’s life is turned upside down when he is introduced to Rachel (Olivia Cooke), a fellow classmate who has been diagnosed with leukemia. The two form a fast friendship, and for the first time in his life, Greg is forced to deal with real emotions. Frankly, Greg sounds a bit more interesting than Augustus in The Fault in Our Stars (not to say that I don’t like Augustus; I really like The Fault in Our Stars) and we definitely need more interesting teenage-themed films.

5. The Overnight:Directed by Patrick Brice, The Overnight is a rather oddball comedy. The film tells the tale of Alex and Emily (Taylor Schilling and Adam Scott), a couple who moved from Seattle to L.A. and are eager to make new friends. They become chummy with the father of their son’s playdate (Jason Schwartzman), who brings his wife (Judith Godreche) over for some adult fun. The film turns completely wild and raunchy from that point on, with Scott and Schwartzman eventually dancing around their pool naked. If that doesn’t inspire you to see this film, then I’m not sure what will.

Stay tuned for Part 2 of the most promising looking films of Sundance next week!