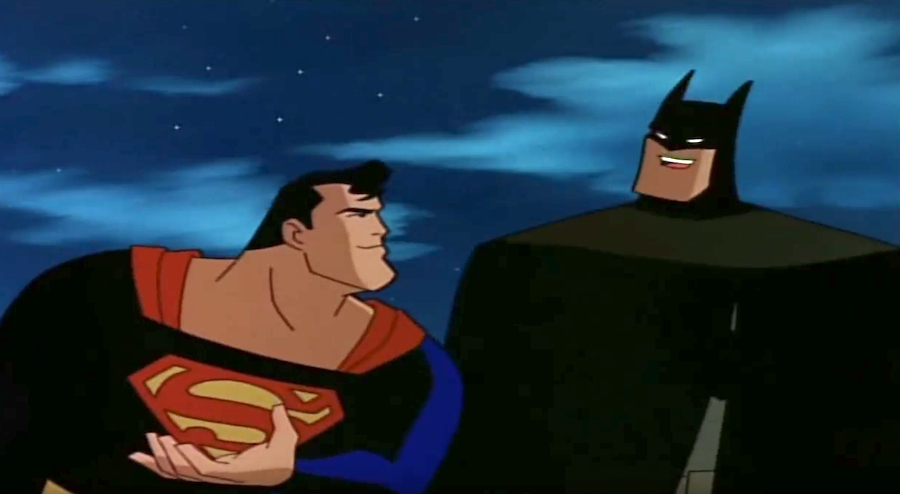 For all you DC fans out there, this past weekend was probably a bit of a mixed bag for you, as Batman v. Superman: Dawn of Justice was released to much fanfare but disappointing numbers. Directed by Zack Snyder, the film focused on the two epic superheroes as they battled one another (which does actually happen in the comics) and picked up an Amazon Princess in the process. The film has received rather mixed reviews, and if you were one of the folks who walked into the theatre excited but walked out feeling a bit let down, then allow me to remind you about/recommend watching a few of these other classic must-see films starring our favorite DC heroes:

Christopher Nolan's The Dark Knight may not only be the best Batman film to date, but it's probably the best comic book adaptation to date. Heath Ledger’s disturbing take on The Joker was nothing short of brilliant, and he more than deserved his Oscar (which sadly he received posthumously). Although Ledger’s performance is the crowning achievement of the film, Aaron Eckhart and Maggie Gyllenhaal also turn in impressive performances while Nolan masterfully creates a bleak and desolate Gotham City.

No matter how many different actors play Superman, I will always envision him being played by the late, great Christopher Reeve. Director Richard Donner actually directed Superman in between The Goonies and Lethal Weapon, and the film has since gone on to be considered the greatest Superman film of all time. That’s rather daunting for any future Superman movie directors, but one they should aspire to, not shy away from.

This haunting animated film proves that an cartoon Batman doesn’t have to be kid friendly -- and isn’t any less powerful than a live-action one. Based on the animated series, Mask of the Phantasm reveals that there is another masked vigilante who isn’t Batman. Mark Hamill brings the right amount of creep to The Joker and proves that he can actually play a pretty disturbing villain. The film was actually animated against black backgrounds to give it its sinister visual style.

Starring Michael Keaton in the title role and Jack Nicholson as The Joker, Tim Burton's Batman is a bit more campy than Nolan’s darker take on the caped crusader. However, that doesn’t mean you should skip it -- Batman is actually quite fun. Nicholson clearly has a ball playing The Joker, who is a bit more over-the-top (unlike Ledger’s cool and calculated take), and there are some rather interesting style choices; Gotham looks more like something out of 1984 than the actual 1980s.

This is the first animated film to feature Batman and Superman together. In the film, The Joker (once again voiced by Mark Hamill) travels to Metropolis where he has been contracted by Lex Luthor to kill Superman. Batman decides to follow him (since The Joker is obviously up to no good), and that’s where he first meets the Man of Steel. The story then almost shifts into rom-com territory -- Superman and Batman can’t stand each other, except instead of witty banter they proceed to beat each other up. However, just like many classic rom-com pairings, they learn to accept each other, and although they do not fall in love, they do end up becoming friends. The film serves as a nice segway into Batman v Superman, where the two hate each other at first as well: