5 Amazing Cooking Channels on YouTube That'll Have You In Your Foodie Feels! 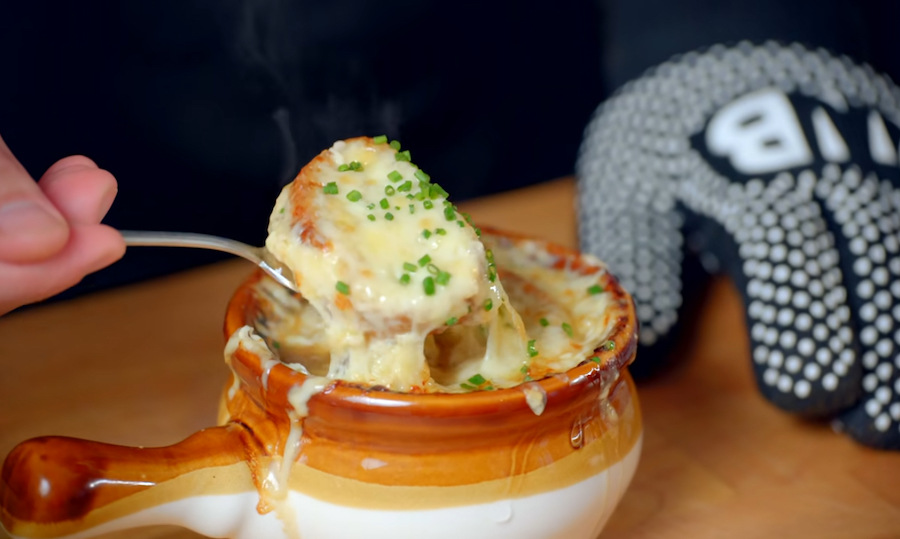 Is there anything more relaxing than watching cooking videos? You might be saying “yes” but you’re wrong, there isn’t. Cooking videos are so fun. So calming. They are the antidote to a weird, sad world. And if your favorite cooking content is looking a little stale these days, or you need some new channels to subscribe to, we’ve got you! Here are 5 amazing cooking channels on YouTube to make you want to whip up something delicious.

Jenna Marbles’s chaotic-energy Aries fiancé Julien Solomita is a “tornado in the kitchen”, as she calls it. Often making gluten/dairy-free versions of classic foods, or recreating his own favorite recipes, he invites you into his kitchen with some adorable canine assistants. His methods are a bit unorthodox, he might make a mess, but the food always looks so good, you don’t care question it! Plus, Jenna’s appearances at the end to taste the food and judge just how much Julien did it to ‘em are a cherry on top of his relaxing, hilarious videos.

You’ll want to binge this channel all day. Professional chef Andrew Rea’s channel was originally for his recreations of recipes from movies and TV shows but has since expanded to teach basic cooking skills and give the occasional glimpse into Rea’s life with “Binging With Babish”. His witty delivery, excellent cooking skills, and super creative recipes make this channel such a delight to watch.

Add this channel to the list of things to watch when you just need something calm and soothing to quell your anxiety. Her content ranges from trying new foods from all around the world to her own little science experiments, like baking the cookie batter from Ben & Jerry’s Chocolate Chip Cookie Dough ice cream. She even has a series called “Hard Times” where she looks at recipes that originated in times of hardship.

JunsKitchen combines the two most powerful forces on the Internet: cats and food! Jun Yoshizuki makes basic recipes and Japanese staples with the help of his cats, and occasionally some DIY content as well. JunsKitchen’s videos are created and edited with an incredible amount of care, but the effect is one of ease and relaxation. It’s easy to sit back and watch his videos and eventually wonder if you should move to a quiet house with some cats and cook sushi all day. Can’t be that hard, right?

5. Laura in the Kitchen

Chef Laura Vitale’s videos feel like you just got home from school and your mom made your favorite recipe and she’s dying for you to have a taste. Warm, funny, and filled with some BOMB recipes, Laura wants you to be able to make some Grown Up Food. Since starting her channel, she has gotten a Cooking Channel show titled “Simply Laura”, but on her YouTube channel, it’s just Laura and her kitchen giving you some tasty bites!

What are some of YOUR favorite cooking channels? Tweet us!