4 Unorthodox TV Shows That Have Broadcast Networks Pushing the Envelope! 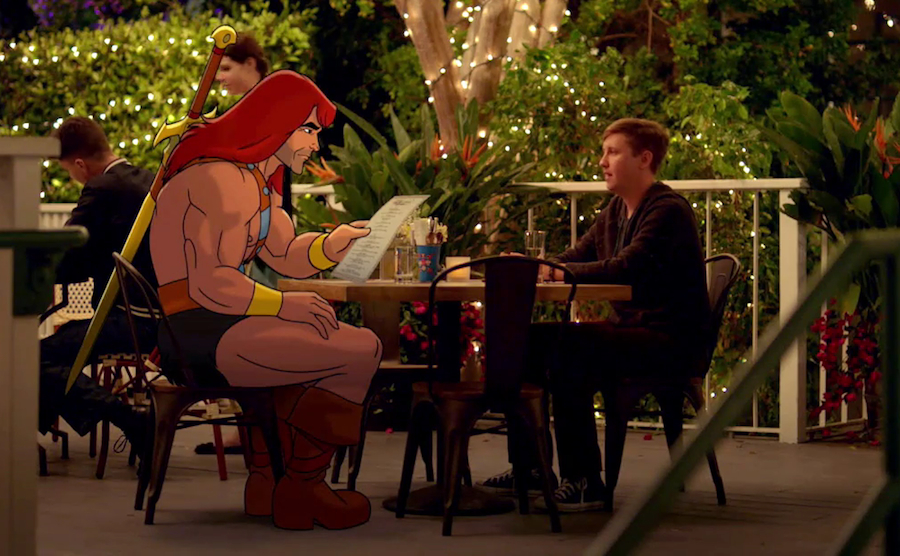 Let's face it -- it’s rare when shows broadcast on network television are anything but conventional. While it’s true that we’ve been in a golden age of golden television for quite some time, those game-changing shows are more likely to be found on cable or streaming platforms. Still, every so often, a network will pull out a “30 Rock” or “The Office” from their bag of tricks, and TV is never quite the same again. Here are some network shows that premiered within the last year that may have you laughing uncontrollably, loving the experimental aspects of it, or scratching your head thinking, “what did I just see?” -- and all of them show that networks are still willing to push the envelope sometimes!

Created by former “The Office” writer and “Parks and Recreation” co-creator Mike Schur, “The Good Place” follows the recently-deceased Eleanor (Kristen Bell) as she gets into a heavenly utopia called The Good Place. Keeping this quick, I’ll tell you that it’s basically Heaven; the only problem is, Eleanor really deserves to go to The Bad Place (a.k.a. Hell) because she was a garbage human being on Earth. It’s a pretty weird set-up for a sitcom, and it gets more bizarre as the show climaxes to a complete WTF finale (but then makes complete sense why this is a sitcom). I should also mention that every season is going to be only 13 episodes long because Schur wants the show to be as thought-out as “Lost” (another weird network show). I really I think he wanted some of those Netflix bucks and thought this would make NBC dump it like “Unbreakable Kimmy Schmidt”, but they learned their lesson last time.

Zorn (Jason Sudekis) is a cartoon character similar to He-Man who enjoys pillaging lands, slaying his enemies, and straight-up murdering anything in his path in classic Hanna-Barbera style. Zorn’s problem, however, is that he really is just a deadbeat dad with a half-human, half-cartoon son. One day he decides to visit his teenage son and realizes how much he misses his ex-wife, hates her new fiancé, and what an absent father he’s been and how it’s affected his son’s manliness. Zorn vows to be in his son’s life even if he can only break his son’s vegetarianism. Just a quick glance at the trailer will tell you all you need to know and what makes this show stand out from the rest of the primetime network lineup.

Classic sitcom fish-out-of-water story about misfit aunt Mickey (Kaitlin Olson) who needs to take over parental duties of her niece and nephews after her bigly affluent sister and brother in-law flee the country to avoid federal fraud charges and tax evasion. Maybe it’s not such a classic story, but it certainly works for me with Olson behind the wheel. Her presence makes it almost impossible to not draw comparisons to “It’s Always Sunny In Philadelphia”, but she definitely comes into her own here. The main problem a lot of conservative and family groups are having with the show is the fact that this absolutely should be on cable. There’s hardcore drug use, drinking, Planned Parenthood jokes, nothing about it is politically correct (interesting what group’s skin this show is getting under), and there's dark humor left and right. How this made it to network is beyond me (the creators are sons of a big-time Hollywood producer), but nonetheless it’s here pushing the envelope and making jaws drop every week. I couldn’t be happier with it.

The CW is not a network I watch a whole lot, but its style is something everybody can put a finger on: guilty pleasures. So often their shows are packed with twenty-somethings playing teenagers in schmaltzy, cringeworthy moments, but that’s all part of its charm. It’s like every episode is an Abercrombie & Fitch ad from the mid-2000s, and “Riverdale” hits all the marks... yet something about it is completely bizarre. “Riverdale” is actually a retelling of the old Archies comics, which seems to have come about due to the current trend of Archie comics have having different authors tell farfetched stories for years now to revamp the brand. Here we see Archie and the gang battle murder mysteries, have sex with teachers, try out for the cheerleading squad, get ready for that big test, write a book to express your teen angst and possibly homo-erotic feelings for your best friend, be a girl and kiss a girl to make a point about something, and deal with parents who would’ve had to have been teenagers when they got pregnant with you (except for Luke Perry). The show is also clearly influenced by “Twin Peaks”. A real strange one to come out of any network for sure...

Love ‘em or hate ‘em, these shows are here for at least right now. It’s quite possible half of these will get canceled, but let’s enjoy them for the ride they’re taking us on now while hoping networks continue to take risks!