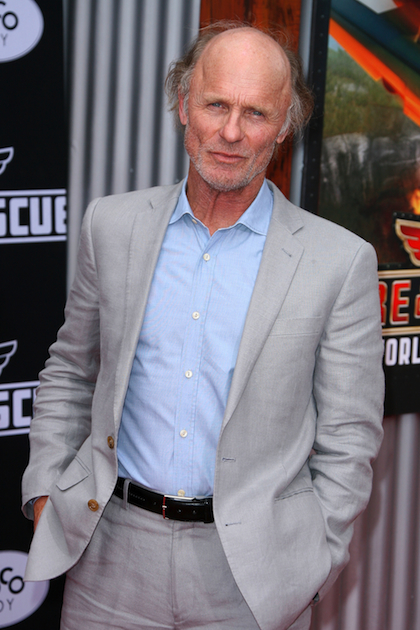 In 1973, back when bellbottoms and other unfortunate clothing fads were en vogue, Michael Crichton (the same mind behindJurassic Park) directed his first major film entitledWestworld, a sci-fi-western-thriller-epic centered aroundYul Brynner as an android in a futuristic Western-themed amusement park, where he takes on unsuspecting visitors Richard Benjamin and James Brolin. In the film, the “gunslinger” (Brynner) is programmed to instigate gunfights -- but never actually shoot anyone. But due to a robot malfunction, the gunslinger begins to target guests for real, and it’s up to Benjamin and Brolin to make it out of the park alive. The plot of Westworld is not too far off from the plot of Jurassic Park -- just substitute cowboy robots for dinosaurs. (Crichton seems to be drawn to amusement parks-gone-horribly-wrong... perhaps he had a traumatic childhood experience at Disneyland?)

The film went on to win a number of technical awards, as it was the first film to use digital image processing. It even spawned a sequel (Futureworld) and a short-lived TV series, “Beyond Westworld”.

HBO recently announced that the killer robots are back with a vengeance, as the network is working on their own TV adaptation ofWestworld. The updated version is set to be produced by none other than J.J. Abrams (who now has to be involved with every major sci-fi project in Hollywood) andJerry Weintraub. James Marsdenwill star as Teddy Flood, a mysterious stranger who proves that he’s not only skilled with a revolver but with the ladies as well. When he pursues a particularly pretty lass, he ends up on a dark odyssey. Joining Marsden is Ed Harris, who will portray the show’s villain, simply known as “The Man in Black”. He has been described as a pure villain, yet he’s not set to star as the “gunslinger” originated by Yul Brynner -- actor Rodrigo Santoro is tapped for that part. Additional cast members include Anthony Hopkins, Evan Rachel Wood, Thandie Newton, Jeffrey Wright, and Shannon Woodward. Not too shabby!

I’m intrigued by this remake. Killer robots in a western theme park? I am so there!

Are you curious to see the Westworld remake?