4 Questions We Hope Get Answered In "The Falcon and The Winter Soldier"! 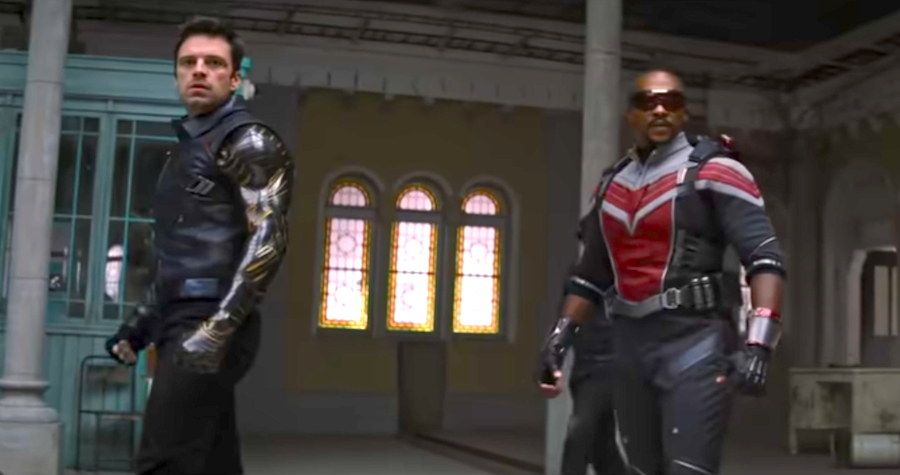 Following the massive success of “WandaVision”, Marvel is back with more exciting content this week. The newest Disney+ series, “The Falcon and Winter Soldier”, reunites Anthony Mackie andSebastian Stan as Sam "The Falcon" Wilson and Bucky "The Winter Soldier" Barnes, respectively. The 6-episode series follows the two characters post-Endgame, teaming up for a new adventure that will test their limits and patience, mainly for one another.

It’s been a while since we’ve last seen this odd duo, and MCU fans (including us) have many questions... like, a ton. Here are some questions we want to have answered in "TF&TWS"!

The last time we saw Captain America, he was an old man, having used his last Pym Particle to travel back in time and reunite with his love, Peggy Carter, and he passes his mantle (and shield) down to Sam in “Avengers: Endgame”, but what happened to Steve after that? We can’t help but wonder how our old pal, Steve Rogers, is doing. In an exclusive clip, we see Sam and Bucky bickering over the plan for an operation. But there are few lines in this clip that make it seem that Steve is not alive.

? | New clip from Falcon and The Winter soldier!
via Sebastian posted from Anthony Mackie’s Instagram pic.twitter.com/VdAR4dJyyA

2. What is the dynamic going to be like between Sam and Bucky?

After the first official trailer dropped, fans questioned the pair's final clip, talking it out at what looked like a therapy session. They could be working out some differences because, you know, when Bucky was still brainwashed by Hydra he kind of wanted to kill Sam inCaptain America: The Winter Soldier. They might need to work out their differences (in couples therapy!).

3. What role will Zemo have in the series?

We were first introduced to Zemo (Daniel Brühl) in Captain America: Civil War when he tore the Avengers apart by posing as Bucky Barnes and revealing the details of December 16, 1991 (iykyk). Fans have come up with many ideas about what Zemo’s role in the series will be, ranging from theories that he escaped prison to that he’s teaming up with The Red Skull.

"Zemo believes he's a hero in this series. All of that is tethered to something very, very personal for him."

4. Will we get a deep dive into Bucky’s past with Hydra?

As we know, Bucky was brainwashed by Hydra forces after the events of the firstCaptain America film, which led to him becoming the Winter Soldier. While we did get a few details about his experience inCivil War, fans (me included) want to know more about his life as a Hydra assassin.

We’ll just have to wait and see if any of these questions will get answered in “The Falcon and Winter Soldier” when it premieres tomorrow, March 19, on Disney+!