4 Other Films from 'Boyhood' Director Richard Linklater That You Can Stream Right Now! 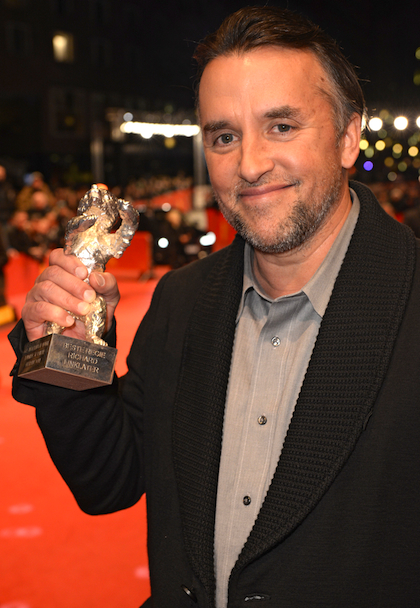 All-American filmmaker has released his latest film, Boyhood. If you haven’t heard about it, get up to speed here. To sum up, Boyhood started out in 2002 with an idea that Linklater had about a six-year-old boy and his family. He ended up filming all the actors once a year over the course of the next twelve years, thus telling the story of our most formative years and making something never before seen in film.

If you’re unfamiliar with Mr. Linklater’s work, he actually has four films streaming on Netflix right now! Some of his other films not on Netflix that you may have heard of (or even may have seen not knowing he was the director) include Dazed and Confused, Before Sunrise, SubUrbia, School of Rock, A Scanner Darkly… the list could go on for a while, but that gives you a general picture. As for his films that are on Netflix, they are some fine examples of his work and will no doubt make up want to run out right now and see Boyhood! These include:

This was Linklater’s second film. His first, It’s Impossible to Plow by Reading Books, is rarely seen, however it is included in the Criterion Collection DVD of Slacker. But Slacker was his first success, made on a $23,000 budget and earning over a million in the box office. Slacker is different from a lot of films in the sense that it doesn’t really have any narrative. It a contains individual slices of life of the eccentric post-collegiate citizens of Austin, Texas, at the time, transitioning from group of characters to group of characters seamlessly, like they are just passing thoughts throughout the day. Much of what they talk about really does amount to just passing thoughts, like talk of JFK assassination conspiracies, moon landing conspiracies, and even a woman trying to sell Madonna’s pap smears(?!). I enjoy it because it’s a little wacky, and sometimes movie plots can be a bit much for me. If you like plots, this could be a bit of a challenge for you to get through, but hey, sometimes trying out something different is well worth it.

Richard Linklater Cameo Alert: He is actually the first character we see. He gets into a cab after getting off of a bus arriving in Austin, Texas. He is extremely talkative.

This film has a regular movie narrative and is based on a true story. It follows four brothers named Willis (Matthew McConaughey), Joe (Skeet Ulrich), Jess (Ethan Hawke), and Dock Newton (Vincent D’Onofrio) as they rob banks and trains throughout Texas in the early 1920s, all without every killing anybody. The film is more comedy than drama, and while it didn’t do the best at the box office, it did pretty well with critics. Definitely worth a look.

Although initially shot with live actors, this film is entirely rotoscoped by a team of artists who used computers to color it in and give it a dream-like animation style. It’s a type of animation that Linklater would revisit five years later for his adaptation of A Scanner Darkly. On top of most likely taking place entirely in a dream, Waking Life deals with the nature of dreams and how they play parts in our daily lives. The film follows a nameless protagonist played by Wiley Wiggins who encounters many people as they discuss things such as the nature of language, what dreams are, our collective consciousness, and even the meaning of life. In a sense, Waking Life throws a bunch of ideas at you and at times they contradict themselves, thus giving the audience more of a choice rather than telling you this is that and that is this. The film also draws similarities to Slackers as it will weave away from the protagonist and follow other characters, two of which are the main characters of another Linklater film, Before Sunrise -- Jesse (Ethan Hawke) and Céline (Julie Delpy) appear in a reunion scene together somewhere away from the protagonist. Waking Life is a deep, thought-provoking film that, if you dig dreams but don’t understand what the hell they’re all about, may give you some answers.

Richard Linklater Cameo Alert: Towards the beginning, the protagonist just arrives into town and hitches a ride with a guy who has a boat/car hybrid (sounds familiar, right?). Linklater is seen sitting in the back seat and speaks very briefly. Towards the end of the film, Linklater appears again playing pin ball (i.e. Dazed and Confused) and tells the protagonist a true story about A Scanner Darkly author, Philip K. Dick.

Linklater approaches this film with a straight-forward narrative and creates a film based on a true story that takes place yet again in Texas. This time, the film stars Jack Black as the title character who works as a mortician’s assistant, and is a beloved member of the community. He befriends the recently widowed millionaire, Marjorie “Marge” Nugent (Shirley Maclaine), who most of the community sees as being heartless and just plain unpleasant. Without giving away his motives (because that’s part of the fun of the movie), Bernie eventually kills Marge. Bernie confesses to the crime, and the district attorney, Danny Buck Davidson (Matthew McConaughey), charges Bernie with first degree murder. Here’s what makes this true story worth telling: despite confessing his guilt of murdering Marge, the citizens of the town rally around Bernie, claiming Marge deserved to die. Finding only biased juries, Danny Buck makes a rare request that the trial change venues to receive a fair trial. Once again, this film is more on the comedic side rather than a dramatic one. (Check out our interviews with Black and McConaughey about this quirky indie pic!)

So, there you have it -- Richard Linklater is everywhere these days! Even on your Netflix account. If you went out to see Boyhood or are planning to, take a look at these four films in the comfort of your own home. You can see just how Linklater is one of the most eclectic filmmakers of all time.

On a related note, Richard Linklater was recently asked if there would be a continuation to Boyhood. He said, “Well, he’s gonna be in his freshmen year of college now, so I know what Mason’s [the main character] life will be for the next few years. But after that?” Richard pauses to think. “You know, I was just thinking: Wouldn’t it be great if Mason left college, got on a train and met this girl in Europe?” So, there you have it folks -- a sequel for Boyhood has already been made. What Linklater just described is the plot to one of his older films, Before Sunrise (1995), which stars Ethan Hawke, who plays Mason’s father in Boyhood.