4 Disneyland Attractions That Could Use a Marvel Twist! 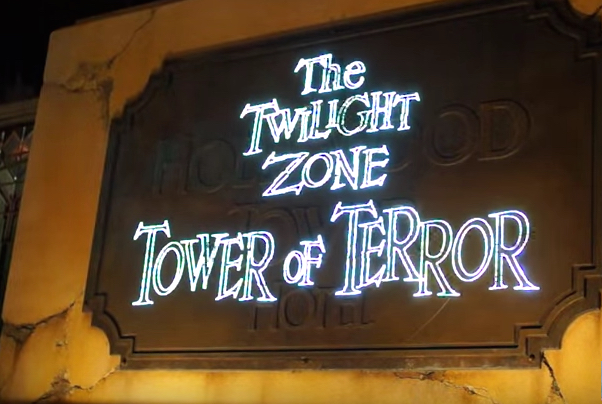 The elevator in the Hollywood Tower Hotel (part of the Tower of Terror), one of the most popular rides at Disney’s California, is about to take its last ride. Rumors are dropping faster than a runaway lift that the ride may soon have some new residents checking in: The Guardians of the Galaxy. MiceChat, a theme-park based blog (with a primary focus on Disney), has recently confirmed that the Tower of Terror will receive a makeover and become a Guardians of the Galaxy-themed ride. While Disney has yet to officially confirm the news, MiceChat seems fairly certain of the change.

The current Tower of Terror is based around the classic TV show “The Twilight Zone”. Set up to mimic an episode, the ride is based around the legend of the Hollywood Tower Hotel. During the Golden Age of Hollywood, the stars of the silver screen dined and relaxed at the glamorous hotel. However, on one gloomy Halloween night, five guests were riding the elevator when lightning struck the building, and they were never seen or heard of again. To this day, no one knows what happened to them. Now guests have the chance to ride one of the elevators themselves and experience “The Twilight Zone”! The actual ride (not the legend) is a fast-speed drop ride where guests are shot to the top of the tower before being dropped back down again.

The Tower of Terror is currently a ride in Disney’s California Adventure, Disney’s Hollywood Studios in Orlando, Disney Studios Park in Paris, and Tokyo DisneySea (although that version is quite different). As of right now, the Tower of Terror at Disney’s California Adventure is the only one that is set to receive the Guardians of the Galaxy makeover. Rumor has it that the new version will be based around The Collector (Benicio del Toro's character) and may involve the characters escaping from prison. The new ride will supposedly start construction in the fall so that it will be ready to open when Guardians of the Galaxy 2 opens next summer.

While a Guardians of the Galaxy ride sounds like fun, I’m not entirely sure why Disney would repurpose one of its most popular rides. Fans do not seem to be happy with the possible change, and the Tower of Terror is considered a staple of Disney’s California Adventure. While I do think that Marvel deserves a presence in the Disney parks (it’s a bit surprising that there isn’t a Marvel ride), there are many other rides that could be repurposed to have a Marvel theme. Here are just a few of the Disneyland rides that could use a Marvel boost:

Maybe it’s just me, but what in Mickey’s ears is the point of this building? It first popped up when Disneyland’s Tomorrowland received a makeover in 1998 with the idea that it would showcase new technologies. That idea fell apart quite quickly, and now it’s just used as a meet-and-greet space for Marvel characters (the only Marvel presence in Disneyland at the moment). Innoventions is a huge space (it takes up an enormous part of Tomorrowland), so why has it not been turned into an actual Marvel ride? Since its original focus was on new technologies, why not turn it into an Ironman ride, focused on Stark Industries? This would actually fit in Tomorrowland, and turn the space into a place guests will actually want to visit. A giant “E” ticket ride focused on Stark Industries would be the perfect transformation.

Yet another giant space that doesn’t have any discernible point, The Redwood Creek Challenge Trail is a giant forest-themed playground. Taking up most of the land “Grizzly Peak”, The Trail features rope bridges, a rock climbing wall, a zipline, and a “spirit cave” where guests can find out what spirit animals they are. The Trail was first modeled after Brother Bear, but after Disney decided no one remembered Brother Bear, it was re-modeled after Up. Although The Trail is charming, it does take up a lot of space that could be an actual ride. There are quite a few different directions Disney could Marvel-ize this space -- tear down the forest and turn it into a ride based around one of the more popular superheroes (i.e. Spider-Man) or go with the challenge theme but turn it into challenges based around the superheroes. For instance, why not a Hawkeye archery challenge? Or a simulation where you get to be the Hulk (literally -- you just get to smash stuff)? This would keep the challenge theme but make it a bit more interesting.

The first of two Pixar-themed lands, A Bug’s Land (based on A Bug’s Life) has never seemed to be the most popular land in the park. Everytime I walk through it (even on the most crowded days), it’s virtually empty. There are no “E” Ticket rides, just smaller ones that are themed to be “bug-like”. While the land is impressively designed (you really do feel like a bug), it’s not one that I think anyone would mourn if it disappeared. Since Marvel already has a character that literally turns into the size of an ant, why not transform this section into Ant-Man Land? Ant-Man is admittedly cooler than A Bug’s Life, and the character is not going anywhere anytime soon. While the land will need a bit an overhaul (a character like Ant-Man deserves a proper adventure ride), they could still keep much of the architecture the same.

Remember the PeopleMover? What may have been the most mocked ride in Disney’s history, the PeopleMover took guests on slow-moving cars through Tomorrowland. The ride was delightfully cheesy (and still exists at Disney World) but was deemed too simple for the rebooted version of Tomorrowland, and in 1998 was replaced by the ill-fated Rocket Rods. Designed to be a fast-paced rollercoaster, Rocket Rods frequently broke down, leaving endless long lines and many angry guests. Rocket Rods only lasted a year-and-a-half before it was shut down. Today, the track (and the building housing it) remain empty, so why hasn’t Disney utilized this space? Clearly the technology for Rocket Rods didn’t work, but considering how far ride technology has come in the last 15 years, certainly they could try building a fast-paced ride again? The track is ideal for pretty much any Marvel superhero team -- whether it’s the Avengers, Big Hero 6, or more Guardians of the Galaxy -- to zoom around and save the day. It may even be a fun twist to let the Marvel villains have a ride in which they take over (but of course the superheroes jump into save the day). Out of all the spaces at Disneyland, this one seems to lend itself the most to a Marvel adaptation.