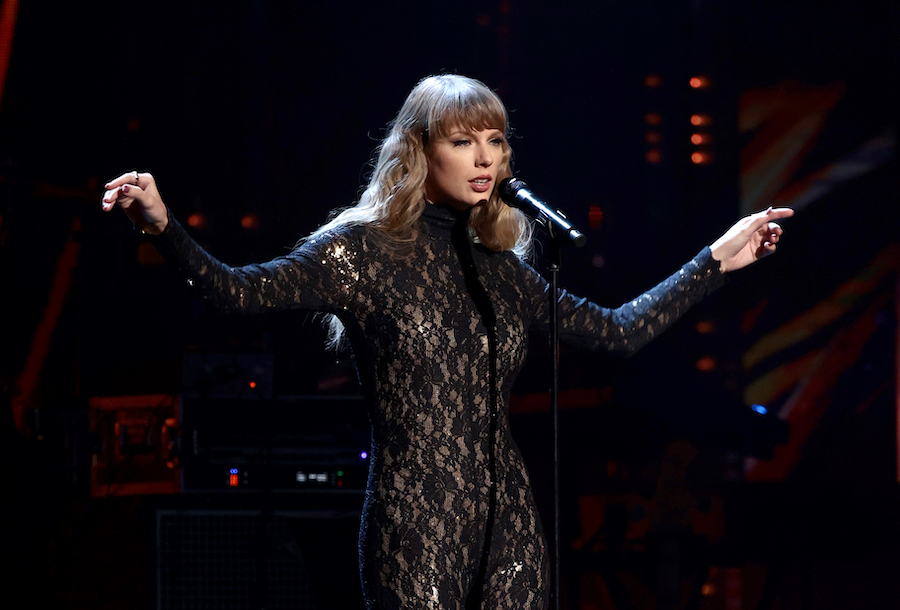 As a known avid reader, Taylor Swift utilizes much inspiration she gets from books to write her songs, and it is clear through the dynamic lyrics she writes that she has a talent in storytelling. Taylor is great at using songwriting as a medium to convey a story, and here are some instances where her lyrics compliment the themes and characters found in popular books. So, if these are your favorite Taylor Swift songs, you may enjoy cracking open these books to continue the story!

Book Rec: Call Me By Your Nameby Andre Aciman

"And when I felt like I was an old cardigan / Under someone's bed / You put me on and said I was your favorite / A friend to all is a friend to none / Chase two girls, lose the one / When you are young, they assume you know nothin'..."

Call Me By Your Name follows the relationship between 17-year-old Elio and Oliver, a graduate student from America who has come to stay with Elio’s family in Italy for the summer. As Oliver works with Elio’s professor father on his thesis, Elio slowly becomes enamored with the older man and seeks his attention. As a bit of a hopeless romantic, Elio spends much of his time and energy trying to get Oliver to like him. When Oliver seemingly begins to reciprocate those feelings, Elio feels himself become whole. That is, until he realizes that Oliver may not consider him with as much intense feeling as he does after he finds out Oliver spends time romancing multiple women as well. Elio, feeling like Oliver’s secret illicit affair that he acknowledges when it is convenient, becomes embarrassed by his expectations. Feeling young and foolish, he draws into his emotions, and when Oliver’s time in Italy is finally up, the two part ways in a silent, but resentful understanding.

Book Rec: Anna and the French Kiss by Stephanie Perkins

"You're on the phone with your girlfriend, she's upset / She's going off about something that you said / 'Cause she doesn't get your humor like I do…But she wears short skirts / I wear T-shirts / She's Cheer Captain and I'm on the bleachers / Dreaming about the day when you wake up and find / That what you're looking for has been here the whole time..."

Anna and the French Kiss follows 17-year-old Anna as her life is suddenly turned upside-down when her father’s newest novel hits the bestseller list and she is told she is being shipped off to Paris to attend the boarding school they can finally afford. Anna, feeling resentful toward her father for making her pick up her entire life and move across the world to a country where she does not know the language, finds adjusting to her new school incredibly difficult. That is, until she meets Etienne, a boy in her class who she can’t help but develop a crush on. Etienne makes life in Paris incredibly easy -- He helps her order food in French, shows her where the best movie theaters are, and takes her sightseeing to get her familiar with the layout of the city so she doesn’t get lost. She shouldn’t like Etienne -- he is everything the opposite of her, he comes from a family of old money, he speaks multiple languages, he reads and understands literature that she has never heard of, and, more importantly, he has a college-age fashion designer girlfriend who looks like a supermodel. Despite this, Anna’s interactions with Etienne become increasingly intimate, and she finds he is sending mixed signals. When his girlfriend calls, he always answers but ends the conversation annoyed. When he comes back from hanging out with his girlfriend, the first place he goes is to Anna’s dorm to hang out. When he gets the news that his mother has cancer, he tells Anna but hides it from his girlfriend. Anna knows Etienne is her best friend, but she wonders if they could be more if he realized his girlfriend is holding him back...

"I should not be left to my own devices / They come with prices and vices / I end up in crisis (I've realized all this time) / I wake up screaming from dreaming / One day I'll watch as you're leaving / 'Cause you got tired of my scheming / For the last time..."

Six of Crows is a fantasy novel that follows the story of a group of misfits who, because of their unfortunate circumstances in life, have joined a gang of con men to make their living. The leader of the "Dregs" is Kaz Brekker, a thieving mastermind who has promised to bring pain to the rich as punishment for leaving his brother to die all those years ago. When Kaz gets news of a possible payout he could get by infiltrating the military stronghold known as the "Ice Court" to steal a prisoner, this anti-hero quickly gathers 5 other lonely thieves to accompany him on the mission. After successfully making it into the Ice Court, Kaz quickly realizes that the prisoner at the center of their mission has more underlying importance than which he was initially told. As someone who is always looking for a way to get a bigger payout, Kaz must quickly rearrange the plans in his favor. He just hopes that his team won’t give up on him for changing the scheme one too many times.

Book Rec: One of Us is Lying by Karen M. McManus

One of Us is Lying follows the story of a group of 4 students who witness their classmate die while in detention. Now all suspects of a murder, readers follow each of the 4 teens as they try to conceal their secrets and push themselves away from blame. As it turns out, Simon, the boy who died, was the creator of their high school newpaper's gossip page and may have known more things about the other 4 students than they were comfortable with... things that would threaten their futures. After an anonymous post shared after Simon’s death claims that one of the 4 students intentionally murdered him, the police get involved in solving the crime. Simon’s official cause of death was an allergic reaction, and it was discovered that the water cup he drank from in detention was smeared with peanut oil, something he is deathly allergic to. Now, with a new lead, police investigate those closest to him who would have known about this weakness. Readers follow along as the investigation leads to one of Simon’s oldest and trusted friends who he never would have thought would betray him...