3 Things Adele Can Be Happy About! 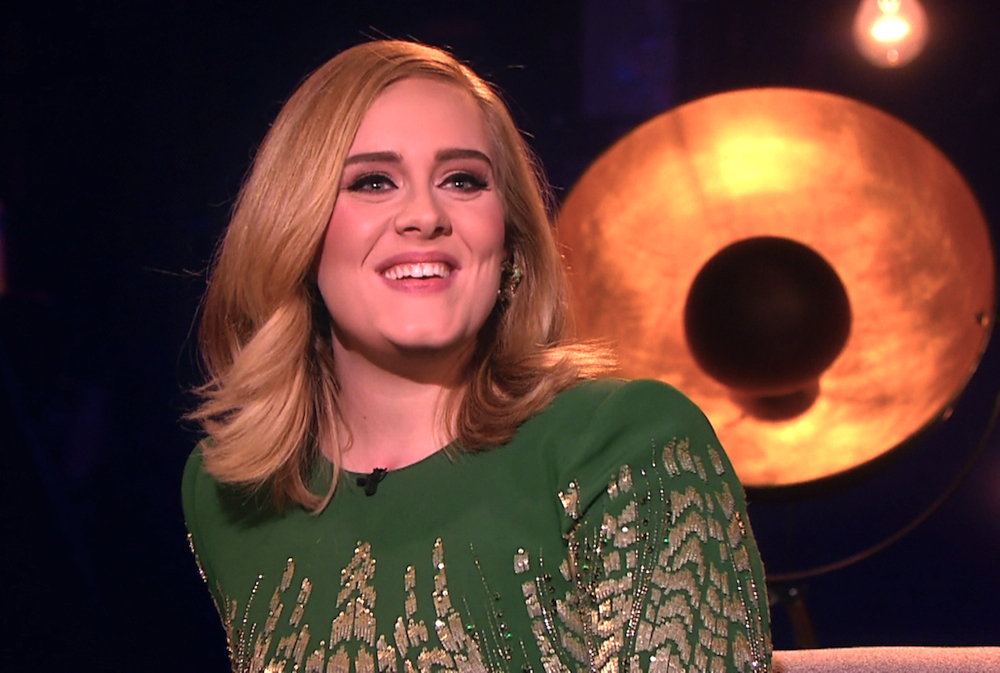 Hello! Adele is ending 2015 on a high note – literally! So many of her songs resonate with so many different people, and her third album, 25, is no exception! This album's title, of course, follows the tradition of naming her albums after the age in which she created the music. Adele may be responsible for some of the most emotional and moving songs of our generation, and for the many gallons of tears shed while listening to them. And while Coldplay's latest record just bumped hers out of the #1 slot, there's still plenty for Adele to be happy about!

She picked a sensational single to get the ball rolling for the anticipated release of her new album. “Hello” was an instant hit around the world the second it dropped on our ears. She also released the music video in October and it became as big a hit as the song itself. You may recognize her lover in the video, Tristan Wilds, from "90210". Director Xavier Dolan claimed that the reason she uses a flip-phone in the video is because he felt that using a modern-day iPhone would make it look too much like a commercial. He might have point there!

Her new album sky-rocketed to the top of the charts and even broke a record that was previously held by *NSYNC a decade-and-a-half ago. The boy band was known for holding the record for most albums sold in its first week for No Strings Attached; a whopping 2.4 million were sold. Adele dethroned the boys with a massive 3.4 million copies of 25 sold in its first week. Lance Bass and Joey Fatone even tweeted their congrats to Adele! Got to love Lance’s funny hashtag, #IDemandARecount

Adele is hitting the road for the first time since 2011. Tickets went on sale on Friday, December 4, and are already sold out!!! You can still check out which cities she is going to visit and when here.

We love Adele. She constantly reminds us that it is okay to be sad or upset and sometimes it’s what you need to move forward. If you haven’t checked out her album… what are you waiting for? It will be the best end-of-the-year decision you can make!