3 Reasons You Should Tune In To Bill Burr's Netflix Stand-Up Special! 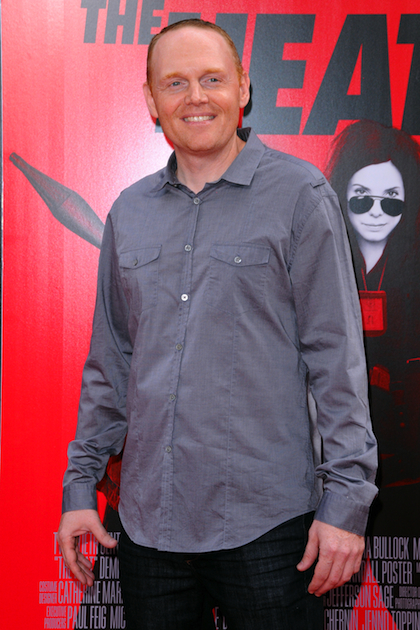 Folks, I’ll make this short and sweet so you can actually get out there and start watching all of the things that I am about to suggest to you. There’s a stand-up comedian named Bill Burr and his new Netflix Original Comedy Special is debuting tomorrow (December 5). He’s one of the funniest guys working today in the field of comedy, and you should give him a watch. Take a peek at the trailer for the special. (Some NSFW language, so viewer discretion is advised.)

You see? He’s pretty great, and I’m sure the special be just as great. Mr. Burr’s star is quickly on the rise, so if you like being in the know, then there are a few more reasons you’ll want to start paying attention to the man:

1) Aside from two other massively funny comedy specials, which are both available on Netflix, he has also just completed work on a 6-part animated series called “F for Family”, which will feature Mr. Burr’s unique views on family life. This series, like his upcoming special, is also a Netflix original. But he’s not stopping there. The geniuses behind "It’s Always Sunny in Philadelphia" have also tapped Mr. Burr to star in an FX series called "Pariah", which will feature Burr as a hot-headed television personality who loses his job and is forced to wander the lands of normalcy in an attempt to live a life outside of the glitz and glamour of Hollywood.

2) Aside from doing a massive amount of work in television, Bill Burr is also dabbling in film as well. Just a few days ago, the trailer for the new Kevin Costner-Octavia Spencer film, Black or White, debuted. It’s a story about a widower (Costner) who is drawn into a custody battle over his granddaughter. Bill Burr is featured in the film as Costner’s lawyer. The film seems to have a nice mixture of both comedy and drama, and while Mr. Burr doesn’t need help in the comedy department, it will be nice to see if he stretches his legs and can pull off a dramatic performance as well.

3) Bill Burr is a "Breaking Bad" alumnus. Aha! Now you know where you’ve seen him before. That’s right, Burr played the role of Kuby, the adorable little con artist who worked for Saul Goodman. Kuby was a key figure in several schemes that went on over the course of the show’s run, so it wouldn’t be too surprising if he popped up again in "Better Call Saul”. Now that is not confirmed as of yet, but Burr has said that he would welcome the opportunity, and I, for one, would welcome it too.

And if you're still in the mood for some stand-up goodness, check out YH's up close exclusive with the mad genius that is T.J. Miller!