3 Reasons Why We Can’t Wait For ‘The Outfield’! 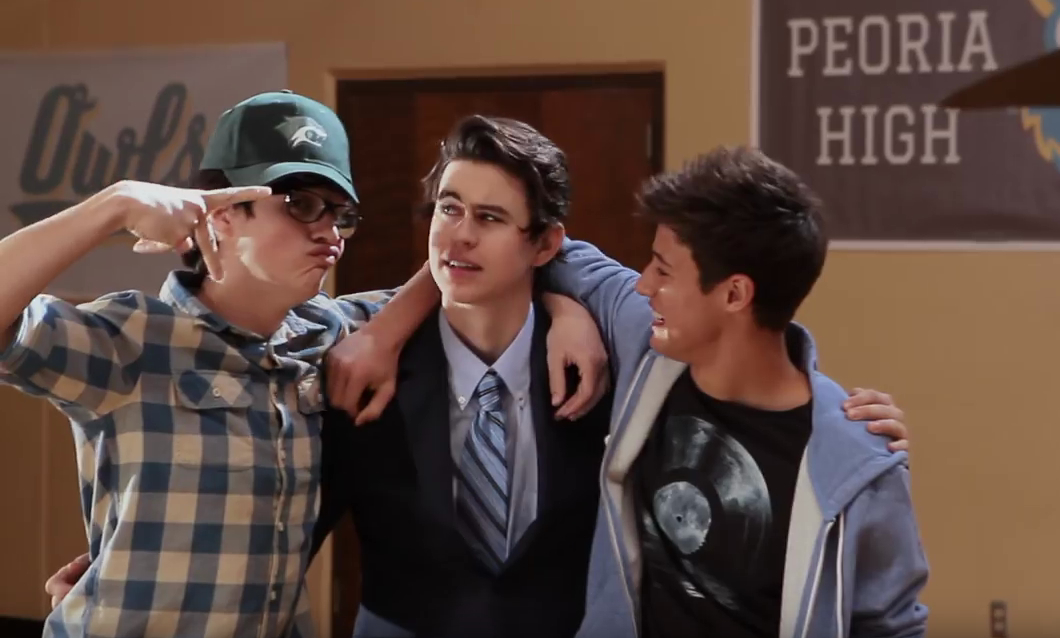 YH readers, in case you haven’t heard already, our buddies Nash Grier and Cameron Dallas are starring in a film together called The Outfield, produced by Fullscreen Films. I don’t know about you, but I’m VERY excited for this movie! The film follows three high school varsity baseball players as they try and figure out their future together or taking separate routes as they head off to college. Joey Bragg from Disney Channel’s “Liv and Maddie” also stars in the film alongside Cam and Nash. It will be great to see these three play off each other.

Here are 3 reasons why we can’t wait to watch this film!

Nash has always done a great job with creating his own concepts for videos. It will be amazing to watch him in some long-form content, which is something we haven’t seen him do. His character, Jack Sanders, appears to be the baseball star, and it looks like we get a sneak peak at him questioning his future. Nash was also kind enough to share a behind the scenes video from the set. Check it out!

I’m a firm believer that everyone needs a good coming-of-age story growing up, and this film is definitely going to accomplish that. It will be relatable for anyone! YH caught up with Nash at the VMAs and talked about his future in traditional media.

Cam, Nash, and Joey are known for their comedic styles and it will be great to see them play more serious roles. It will show just how versatile they can be when it comes to making films. Just from the teaser trailer, you can feel a sense of seriousness as Nash’s character takes the field. You know that feeling you get when you are about to witness something amazing, this is how you feel when watching this trailer. Got to love that music!

I’m sure the fans are eager to see this film, and we are so proud of their accomplishments. The film will reportedly be released this month, so keep your eyes peeled!