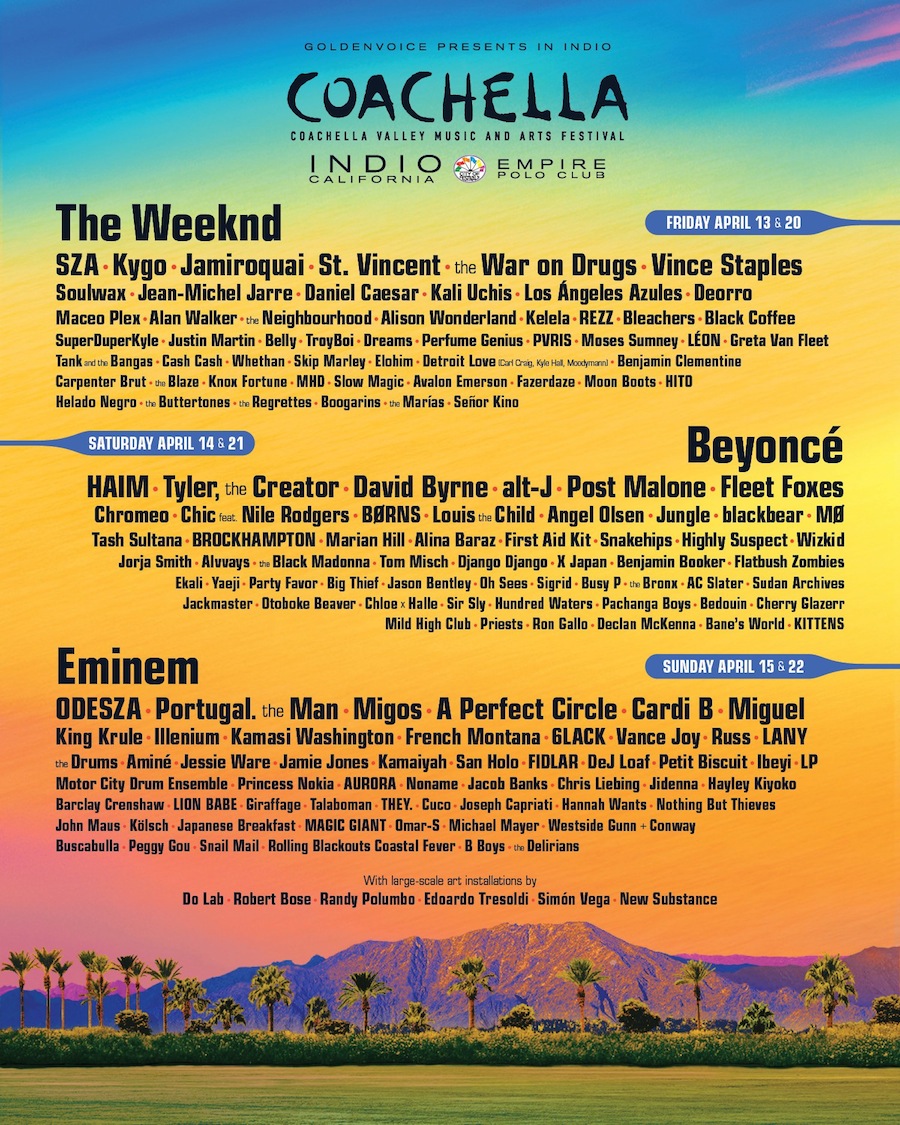 One of the most famous music festivals to take place in the United States is coming back this April to Indio, California. The lineup just dropped this week, and the headliners are absolutely incredible! The first weekend kicks off April 13-15th, and the second weekend is April 20-22.

This year you can catch some major music artists such as...

The Weeknd, Beyoncé, and evenEminem! These headliners are jaw-dropping, and makes me want to go both weekends to the festival (if only I could afford it)! Along with the three major headliners, other artists including Portugal. The Man,HAIM, Post Malone, Migos, Cardi B, Kygo, BØRNS, St. Vincent, The Neighbourhood,Marian Hill, Sigrid, Vance Joy, as well as many more up-and-coming acts, are set the take the Coachella stage!

As you may remember, Beyoncé was set to perform at last year's Coachella but ended up having to cancel due to the birth of her twins. It is only right that she gets a do-over for Coachella 2018! It won't be her first time performing on the Coachella stage, though, since her hubby Jay-Z brought her on stage in 2010 to sing "Forever Young".

Eminem played Coachella back in 2012, but now he is being revived to the Coachella stage since he recently released his new album,Revival... Although that "new" album came out in 2013. Of course we hope he plays some of his hits like “Lose Yourself” but we definitely can’t wait to hear Revival live!

As for The Weeknd, he has performed at the Coachella Festival multiple times before, including in 2012 and as well as 2015. This year he is officially headlining, and we just know he's gonna kill it! He has so many hits that everyone loves, and not to mention the voice of an angel!

Coachella 2018 is going to be incredible thanks to the fantastic lineup!Better snatch up your weekend passes ASAP!