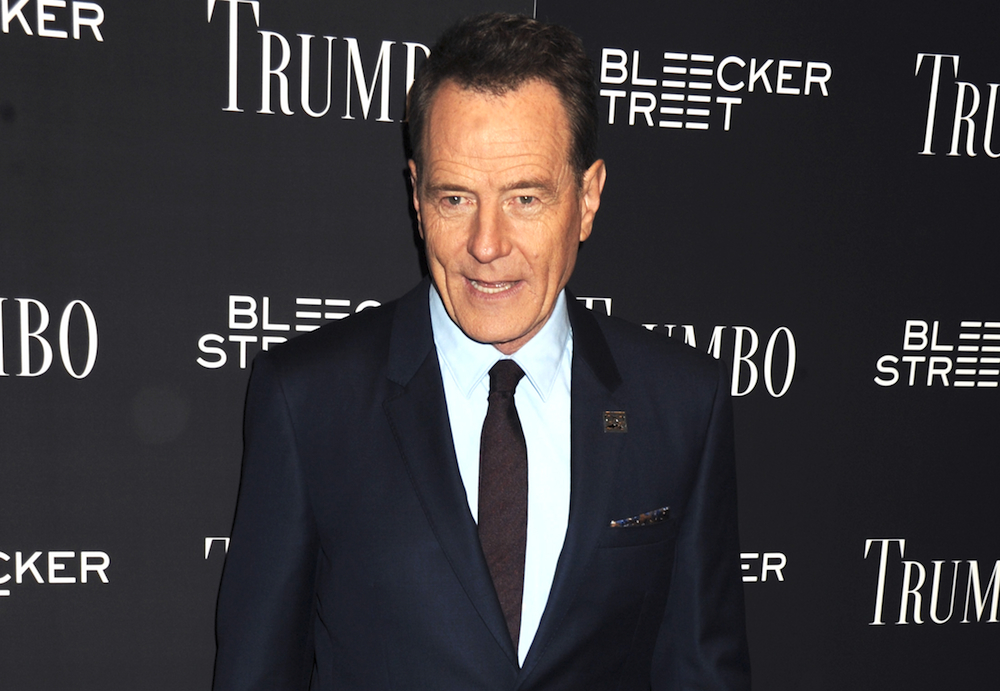 Even with the announcements of the SAG and Golden Globe Award nominees last week, it’s still going to be a while until half of Hollywood sashays down the red carpet at the 88th Annual Academy Awards. But that doesn’t mean it’s too early to start the predictions! Quite a few of the top contenders have already screened at festivals, and there are still more that have yet to be released. As of right now, here are my predictions for who will be nominated at this year’s Academy Awards for the Best Picture, Best Director, Best Actor, and Best Actress.

This seems to be the most uncertain category as of yet. It’s a bit tricky to tell which films will be nominated since there have been so many films worth nominating released this year, but here are a few that may get a nod:

The Revenant:Directed by the winner of last year’s best picture, Birdman, Alejandro Gonzalez Inarritu’s survival film has been gaining quite a bit of buzz. Starring Leonardo DiCaprio, who is basically the Susan Lucci of the Oscars at this point (look it up, kiddos), The Revenant follows a frontiersman in the 1820s as he sets out to get vengeance on those who left him after he was mauled by a bear. Even though the plot sounds a bit unusual, The Revenant has received quite a bit of praise from critics. However, is it too soon for another Inarritu film to win, since he just won last year?

The Martian:Americans have a love affair with space movies, and The Martian is no exception. Based on the novel of the same name by Andy Weir, The Martian follows an astronaut (Matt Damon) who is presumed dead after a hazardous trip to Mars. However, it turns out that he’s not dead after all, and it’s up to him and his crew to get him back to the Earth. The film is still quite popular with audiences, even though it’s been out for a while now. However, is the film too similar to previous award-winning space films (i.e. Gravity?)

Creed:This one’s a bit of a long shot, as well as a surprise. Another sequel in the long-running Rocky franchise, Creed follows an aging Rocky Balboa (Sylvester Stallone) as he coaches his dead buddy Apollo Creed’s son, Adonis (Michael B. Jordan). Creed has been a hit with fans and critics alike and doesn’t seem to show any signs of stopping. Creed is a promising comeback not just for the Rocky films (which in recent years have grown progressively more insane) but for Stallone. Who doesn’t love a good comeback story?

Inside Out: While Inside Out isn’t your traditional Oscar fare, it wouldn’t be the first time that a Pixar movie scored a Best Picture nod. The sweet film about the emotions inside a child’s head warmed all of our hearts (and, like many other Pixar films, made us cry) and has been hailed for its sophisticated animation. Even if Inside Out doesn’t get a Best Picture nomination, it’s bound to win for Best Animation.

Spotlight: Tom McCarthy’s Spotlight hasn't gotten as much of a publicity push as the previous four, yet it's gotten the most Award Season buzz than any other picture. The film seems to be on every critic’s best picture list at the moment, and the plot is certainly Oscar material -- The Boston Globe tries to espouse sex abuse within the Catholic Church. We know that Oscar voters love a bit of religious controversy (remember Doubt?), but there is a chance that this could be too controversial for them.

Other Possibilities:Bridge of Spies, The Danish Girl, Brooklyn, Room, Carol

It’s not uncommon for the directors of the Best Picture nominees to also get nominated for Best Director. However, just because it’s uncommon doesn’t always mean that it’s guaranteed…

Steven Spielberg, Bridge of Spies:Really, is there anything that Spielberg can’t do? He returns to his dramatic roots with this thriller, set during the Cold War, where an American lawyer (Tom Hanks) is recruited to defend an arrested Soviet Spy and then exchange the spy for a captured American pilot. The film seems to have everything that is worthy of a Best Director nod -- great acting, intrigue, historical drama -- frankly, I would be stunned if this didn’t get a nod.

Alejandro Gonzalez Inarritu, The Revenant:Fresh off his win for last year’s Birdman, Inarritu appears to be on a roll. His revenge thriller has gained quite a following from critics, but can he win two years in a row, or will voters have had enough of Inarritu?

Lenny Abrahamson, Room:It seems that every year a director comes out of nowhere and blows everyone away with a unique and moving film. This year, that seems to be newcomer Lenny Abrahamson and his film Room, an adaptation of Emma Donoghue’s novel. While the film has primarily garnered praise for Brie Larson’s performance, it's Abrahamson who spearheaded this touching picture about the strong bond between a mother and son.

Ridley Scott, The Martian:Ridley Scott has won a few Oscars for Best Picture already, but he has yet to win as a Best Director. Could he finally get it for his space rescue mission, which is being hailed by critics as a return to form for Scott? Or is The Martian considered too mainstream for a Best Director win?

F. Gary Gray, Straight Outta Compton:This one might seem a bit out of left field, but I do believe that Gray may have a shot. Straight Outta Compton was well-received by critics and audiences and seems to have been praised as the tragic-yet-moving music biopic of the year. An Oscar nod for Gray would be a victory for minority directors, who are often overlooked in the Oscar race. However, is Straight Outta Compton too out-of-the-box for Oscar voters?

This is one race where there doesn’t seem to be a solid front runner (yet). However, that makes it all the more exciting!

Leonardo DiCaprio, The Revenant:Could this finally be the year that DiCaprio wins? He’s been nominated for Best Actor five times and has still yet to win. The odds appear to be in DiCaprio’s favor -- critics have been praising his performance in The Revenant, and he’s picked up nominations at both the SAGs and the Golden Globes. But are Oscar voters going to pass on DiCaprio for the sixth time?

Eddie Redmayne, The Danish Girl:Redmayne has been stacking up the nominations for his turn in The Danish Girl (he’s also received both a SAG and a Golden Globe nod). The winner of last year’s Best Actor Oscar, Redmayne stars as artist Einar Wegener, who prepares to undergo one of the first sex-change operations. While critics are loving Redmayne in this role, the transgender community is not. All the same, could it be too soon for Redmayne to get nominated again, since he just won last year?

Will Smith, Concussion:Smith has received a Golden Globe nod for his turn in Concussion, which certainly means that the odds are in his favor. In this film, Smith stars as a forensic pathologist who finds neurological deterioration in football players that is similar to Alzheimer’s Disease. The Oscar voters tend to love an inspiring sports movie, so Smith probably has a good shot of getting a nomination.

Bryan Cranston, Trumbo:Cranston has already received a SAG, Golden Globes, Indie Spirit Award noms for his turn in Trumbo. The film follows the true story of Dalton Trumbo (Cranston), a successful screenwriter in the 1940s, who gets blacklisted for his political beliefs. Cranston has already proven his mettle on TV, winning armfuls of awards for his role in AMC's "Breaking Bad", but can he parlay that success to the big screen?

Matt Damon, The Martian:Audiences love Matt Damon almost as much as they love space movies! Damon has scored a Golden Globe nod for his performance as an astronaut who gets left behind on Mars and has to figure out a way to survive. Considering how often Damon has been nominated, there is a high chance he will be again.

Brie Larson, Room:If Larson doesn’t receive an Oscar nod for her role in Room, then I will lose all faith in the Oscar voters. She has received a SAG nomination and an Indie Spirit Award nod for her turn as Ma, a mother trapped in a "room" with her 5-year-old son, Jack, whom she tries to block from the horrors of the "room". Together they manage to escape into the outside world, and the bond the two share is incredibly moving (as it is in the book Room is based on), and it’s about time Larson receives an Oscar nod.

Cate Blanchett, Carol:Once again, the incredible Blanchett has proven that she is one of our finest actresses today with her riveting turn in Carol. Based on the novel The Price of Salt by Patricia Highsmith, Carol follows the story of a woman (Blanchett) trapped in a loveless marriage who falls in love with a pretty younger woman (Rooney Mara). Oh, and did I forget to mention that the whole movie takes place in the 1950s?

Saoirse Ronan, Brooklyn:Ronan received all sorts of well-deserved praise at Sundance for her role in the poignant Brooklyn, and she’s already received Indie Spirit Award and SAG nods. In Brooklyn, Ronan stars as an Irish immigrant (which means she finally gets to speak in her own native accent for this film!) who moves to Brooklyn in the 1950s for a new life. However, after she falls into a whirlwind romance, she must choose between two different cultures. This wouldn’t be Ronan’s first time being nominated, and Brooklyn seems to fit the criteria that Oscar voters love.

Emily Blunt, Sicario:Critics have called this Blunt’s finest role to date (which is really saying something, considering how many other great performances Blunt has given) as an FBI agent who ends up working on a dangerous mission involving the war on drugs. Sadly, the film has not been ranking up many nominations, but that doesn’t mean it should be ruled out. Blunt’s performance could still wow the Oscar voters, and they tend to like women taking on tough roles (à la Jessica Chastain in Zero Dark Thirty). We believe in you, Emily!

Kitana Kiki Rodriguez, Tangerine: Tangerine has become the little film that could. Filmed entirely on iPhones, Tangerine has received a great deal of praise from critics and audiences, a great deal of which belongs to Rodriguez, who stars as a working girl who wanders the streets of Hollywood looking for the pimp who broke her heart. Rodriguez has already scored an Indie Spirit Award nod for her role, and if she were to be nominated here, she would be the first transgender actress ever recognized for an Academy Award. Come on, Oscar voters, let’s make that happen!