12 Netflix Shows Returning In 2023 That We're Excited For! 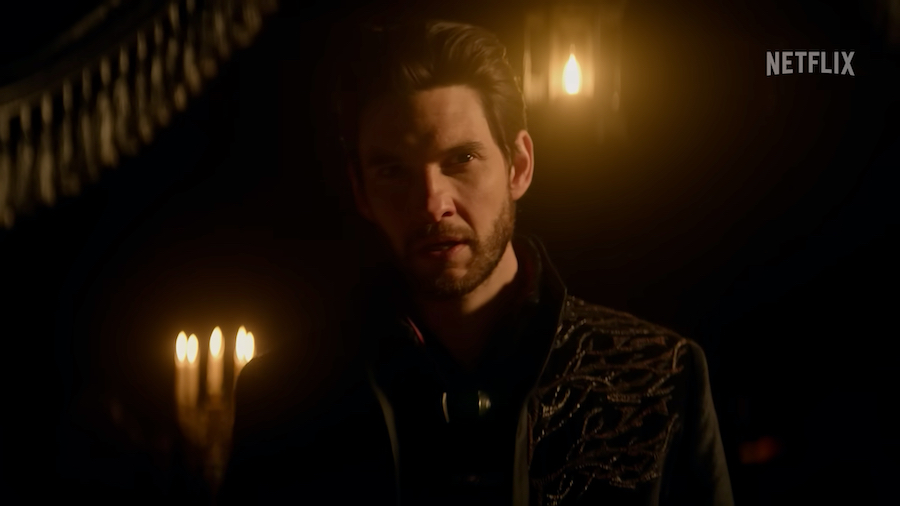 Imagine this: you’re binge-watching a new cool TV show which suddenly ends with a major cliffhanger, leaving you anxious for what’s going to happen next. Yes, we have all been there. And even if there isn’t a huge shocker at the end of a season, we’re always excitedly looking forward to a new one.

Earlier in the week, Netflix surprised its fans by releasing a short video teaser with all the new seasons of our favorite series coming back this year. Some of them come out sooner than you expected, and even have a release date, while for others we have to wait just a little longer to find out all the details. We’ve collected all of them in one place, so go ahead and check to see whether you’ll have a sweet rendezvous with your favorite show this year!

Did you miss the most popular Viking explorer Leif Eriksson, his sister Freydís Eiríksdóttir, and prince Harald Sigurdsson? Because the coolest trio in Scandinavian history is coming back already on January 12 (told you some shows are coming out very soon)! The tragic fall of Kattegat has changed all dreams and plans of the main heroes, and now they have to put all their ambitions aside and solve more serious problems than they ever did before.

In the new season, the hottest stalker Joe Goldberg tries to persuade Marienne that he has indeed changed this time. After being surrounded by probably the most damaged and insane people in this world, Joe starts receiving texts with threats and realizes that someone is watching him now. See how the tables have turned! The 4th season of the psychological thriller will premiere on February 9.

Following a 2-year break, one of the most mysterious teen dramas is coming back on February 23! After losing the gold and fleeing the Outer Banks in Season 2, the Pogues appear on a deserted island all by themselves. They enjoy the most carefree and simple time of their lives -- before things get tense and messy again.

It feels like fans have been waiting for the new season of this fantasy show forever! Alina and Mal are trying to live a normal life, which is extremely difficult, especially for Alina, who has to hide her powers. Meanwhile, the Darkling becomes stronger than ever, and he won’t stop until he finds Alina. You’ll be able to dive back into the fantasy world on March 16!

The 4th and final season of the show is supposed to come out in late Spring or early Summer; there’s no specific date yet. Devi is going to deal with new problems at school, from which she’s about to graduate and move on with her life. We’re sure the ending will be bittersweet, leaving us all crying out loud.

There are few details about the second season of the cutest hybrid, Gus, who’s half-human, half-reindeer. However, the final episode of Season 1 ends with a cliffhanger, when The Last Men capture Gus, while other hybrids are planning to save him. The little boy was also looking for his mother, who is in Alaska, so we’ll probably get to see the sweet reunion of the family. The second season of “Sweet Tooth” will come out sometime this Summer.

This romantic dramedy was first released in April 2022 and instantly won people’s hearts, so it's no wonder it instantly got renewed for a second and third season! In the continuation of the story, we will probably get to explore Charlie and Nick’s relationship, with the first hardships and even more cute moments. The show is set to be released in the second-half of the year.

Who doesn’t love a mysterious show with lots of mythology? The first season about Morpheus AKA Dream was based on the first 2 volumes of the graphic novels created by Neil Gaiman, so the second season will presumably cover the third and maybe fourth volumes. According to "The Sandman"’s Twitter account, we’ll see more astonishing stories about Dream and his friends, with a family meal and Lucifer waiting for Morpheus to return to Hell. And hopefully we’ll be able to enjoy these adventures around August.

The fourth season of this series about the ordinary life of the fictional Moordale Secondary School will be quite different from the previous ones. According to the actors and the creators of the show, there will be a fresh location with a new school and a bunch of new characters with their life stories. Fingers crossed that the continuation of the teen drama will come in early Autumn!

With the show’s huge success in the last few months, everyone was sure that the mysterious & spooky Addams girl has more stories to tell -- or, to be more pricise, to write on her typewriter. Especially with the cliffhangers of the last episode with Hyde awakening in the trailer and Wednesday having a new stalker. The second season will probably air in November, though fans are hoping to see it earlier, like around Halloween.

“Squid Game” is a true phenomenon among all TV shows. Even if you haven’t watched it, you’ve definitely seen tons of clips or memes with the creepy doll and other tasks of the game. In the new season, which will hopefully be released at the end of the year, we’ll see Seong Gi-hun trying to prevent a new game from happening.

Everyone loved the charismatic Emily so much that the show got renewed for third and fourth seasons right away last year. Our favorite love triangle (or, more precisely, love square) is facing new difficulties, with Camille breaking off the engagement, Alfie leaving Emily, and Gabriel announcing that Camille is pregnant. Ah, so much drama! The show has been coming out every December, and the fourth season will probably keep the tradition.