11 Stops to Avoid on the Nostalgia Train! 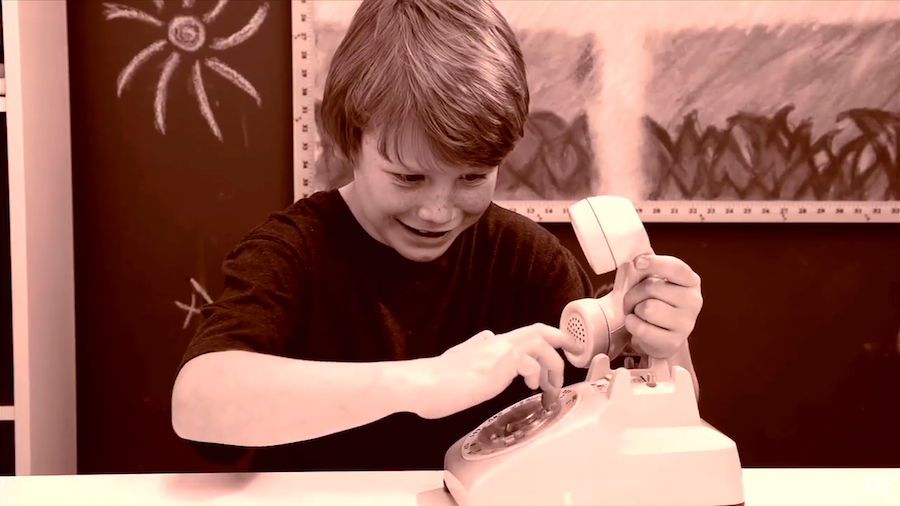 It’s time for you to admit it. You may not want to (or maybe you do), but you’ve been watching “Fuller House”, haven’t you? It’s okay, because apparently plenty of other people have and it’s getting renewed for a second season! One critic said they hope that “Fuller House” ends the nostalgia train once and for all. Well, I say “how rude” to you, good sir.

Sure, nostalgia isn’t for everybody, but plenty of people out there seem to be digging it, as evident by how well “Fuller House” just did. But not all of nostalgia is great. So, to suit the needs of people like the above-mentioned "Fuller House" critic, let’s take a stroll down Memory Lane and reminisce about bits of nostalgia we don’t want to come back; some from our childhood, and some from before we were even born.

Many of us were not even close to being conceived when these were around. I mean, they look classy, but what a fresh hell these phones were. You had to basically crank a wheel several times until the phone number registered, and if you didn’t mess it up on first try that day, then you were a pro. And god help you if you had even one “9” in your phone number; nobody would want to call you. Don’t even get me started on the fact that there is a cord, or phones with cords in general. Like many a millennial, phone calls give me social anxiety… I need to pace around. None of these are missed.

Sure, they say that we entered another depression with the housing market collapse in 2008, which is covered in the recent film The Big Short, but we got maybe a fraction of what they had in the '30s. Every picture I see of the Great Depression it just looks like people are inhaling soot and ash on a daily basis. I like my lungs free of that garbage and full of nicotine, thank you very much. And Hoovervilles may sound like a fun, magical Dr. Suess-esque land, but trust me, you never want to end up there.

Seriously, no electricity and the only way to get butter was to churn it yourself? Sign me up for a double kidney donation and multiple unneeded root canals instead! Nothing about these times are truly sought after by anybody today, no matter what Civil War reenactment enthusiasts tell you. No matter how you try to romanticize any of these times in the past, you wouldn’t last a day before becoming the world’s first documented serial killer.

Yup, taking this back to the '90s now. Just don’t. Please don’t try to make this happen again. It was like bondage for little kids, which probably attributes to why most of my ex-girlfriends liked to rough me up. (It couldn’t be because they thought I was a jerk, right?)

More cheese in one place than a bunch of lame dads doing a stand-up comedy open mic together. Trust me, the amount of cheese mixed in here is too much. Cheese was not meant to be overused this way.

Look, he was great in Footloose, but enough is enough already.

The '60s were a crazy time and I like boobs to be free as much as the next guy, but ladies, think about the environment.

It didn’t work for a reason, folks. It’s like disco. It’s dead. Don’t bring it back.

It feels like it was so long ago that it was popular, but give it more time before bringing it back. It’s only been a couple of years. (Twilight Forever: The Complete Saga is now out on Blu Ray and DVD. Buy now to be ready to start that nostalgia train because you’re so ironic!)

I’m not done riding this train of women buying me dinner and holding the door for me.

Further proof that life before the 1900s was trash. Let’s be honest, none of what they did could actually kill witches; only ghosts can kill witches since they’re impervious to magic. Don’t you watch “American Horror Story”?

Head my warnings, mortals! There are some Pandora’s boxes of nostalgia that just shouldn’t be opened. We’ve all called our grandmother a witch at one point in time, but if you bring back the Salem Witch Trials, who will show you how to use a rotary phone after the apocalypse? Your evil witch of grandmother, that’s who.