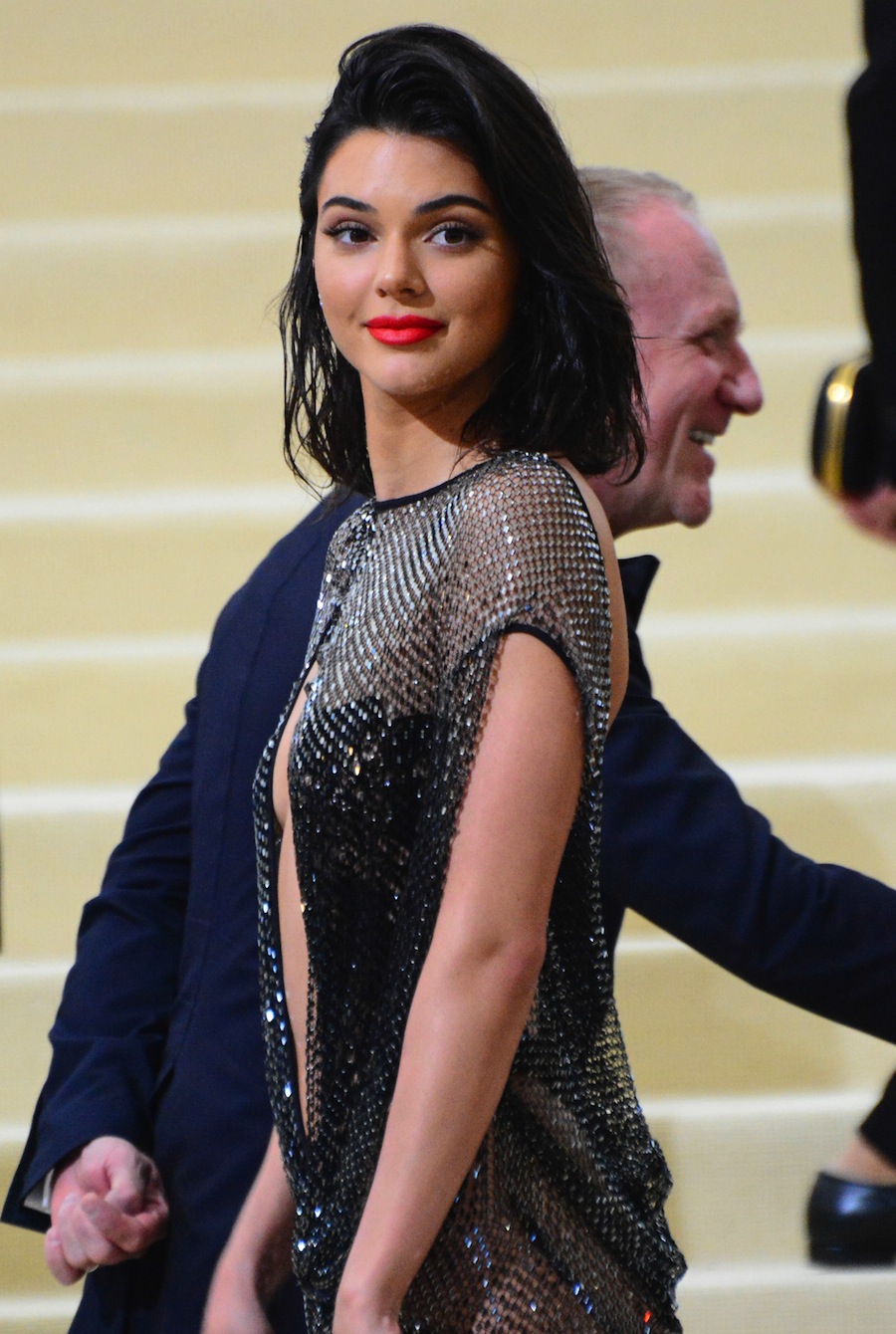 Last night, the ever-exclusive and fancy 2017 Met Gala took place at The Metropolitan Museum of Art in New York City. The theme of the night was Comme des Garçons, which means "like some boys.” The Japanese fashion label was founded and headed by Rei Kawakubo, who was honorary chair for the event, along with co-chairs Katy Perry, Pharrell, Tom Brady, and Gisele Bündchen. Here are the best looks from the night! 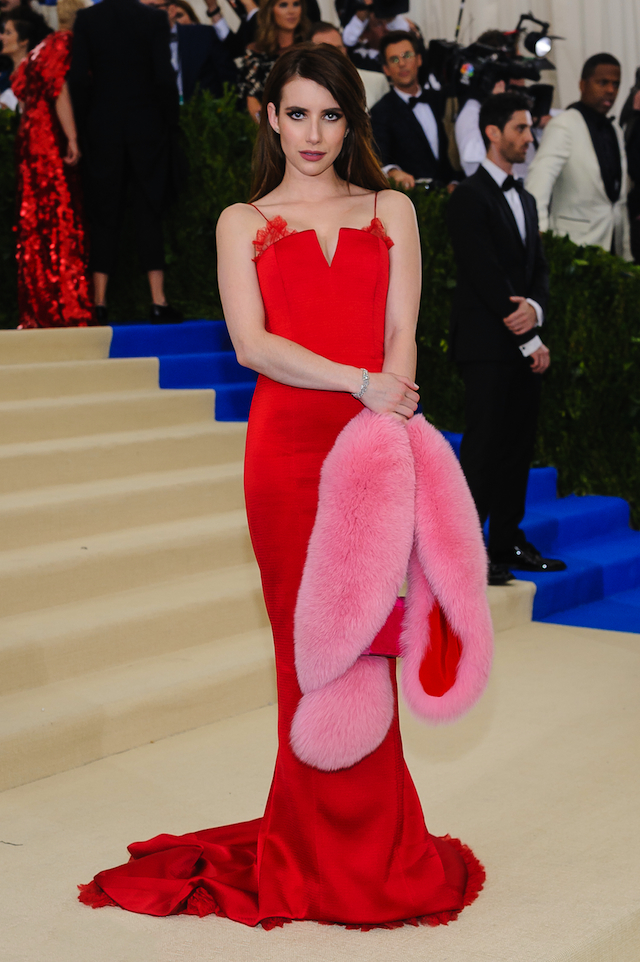 Red seemed to be the magical color of the night, and Emma Roberts rocked her fiery shaded dress. The added touch of the pink fur stole, stole the night. She looked regal and sophisticated. 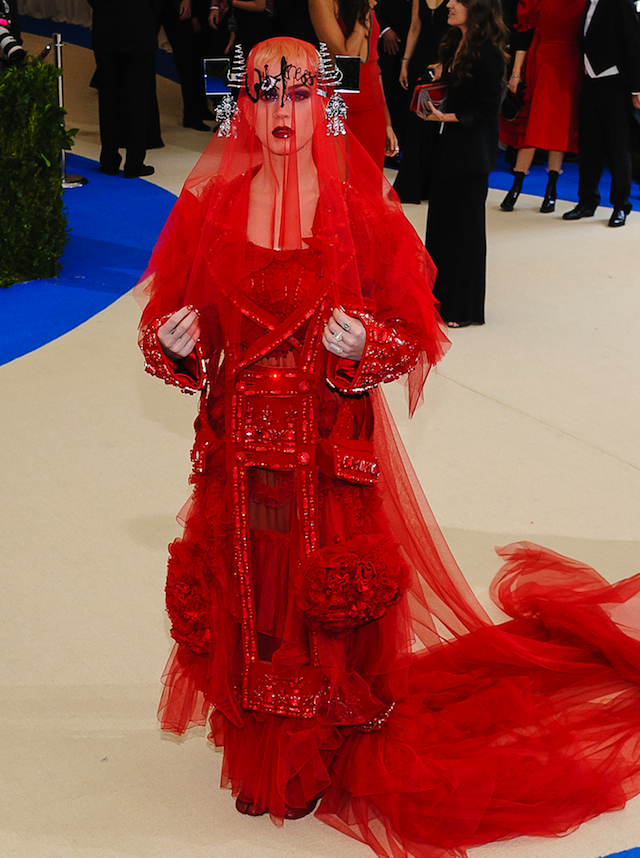 Well, you can’t say that Katy Perry didn’t follow the theme, that’s for sure. Her outfit is over-the-top, but she nailed the theme with her showy silhouette and red queen look. She’s also up there with the most talked about of the night. 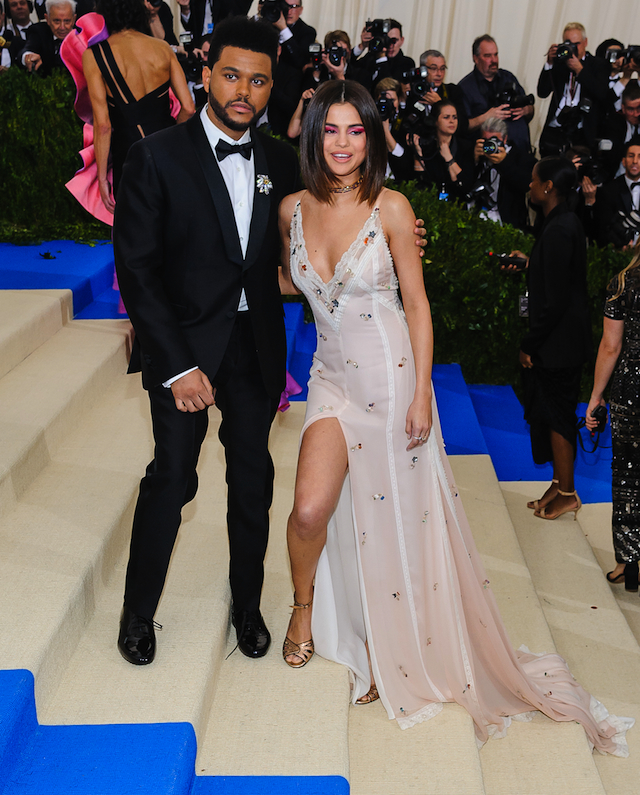 The inspiration for Selena Gomez’s dress was vintage undergarments, and her long slip dress looked elegant and classic. This dress beautifully flowed behind her as she walked hand-in-hand with The Weeknd up the Met Gala carpet (#goals). Her pink eye shadow and sleek bob wasn’t too shabby either. This is no surprise as Gomez slays every red carpet she graces. 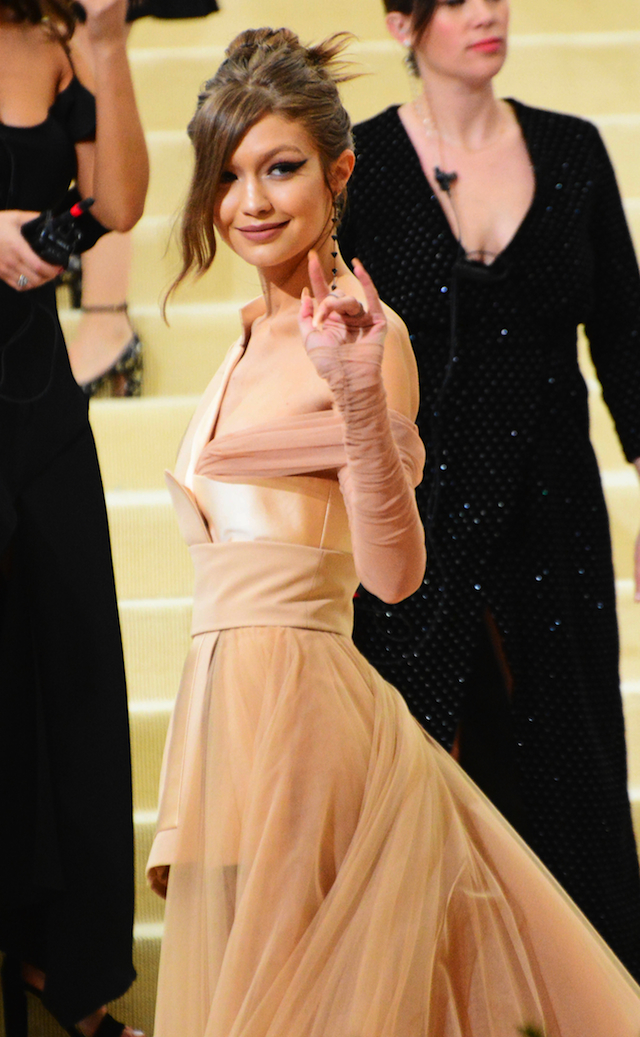 Gigi Hadid was a perfect combination of theme execution and pure elegance. Her Tommy Hilfiger gown was the picture of nude perfection. The panty hose and the one shoulder gave it a disheveled look, but the structure of the dress proved it was carefully crafted. She killed it! 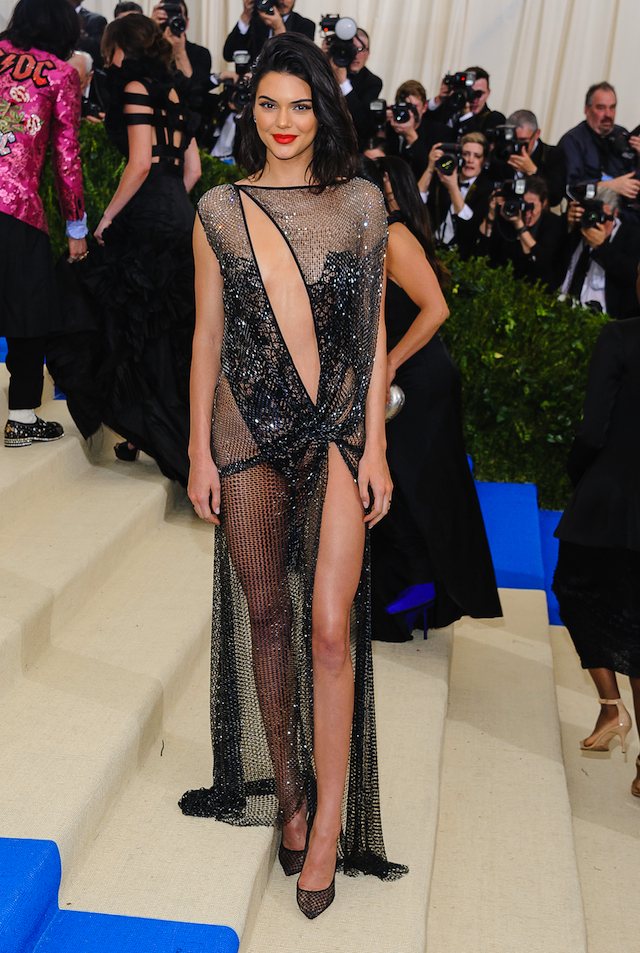 One of the biggest WOW moments of the night belonged to Kendall Jenner, who donned a sheer black La Perla number which easily took first place for most revealing dress on the carpet, accompanied by her chic red lip, Louboutin heels, and a, um, party in the back... 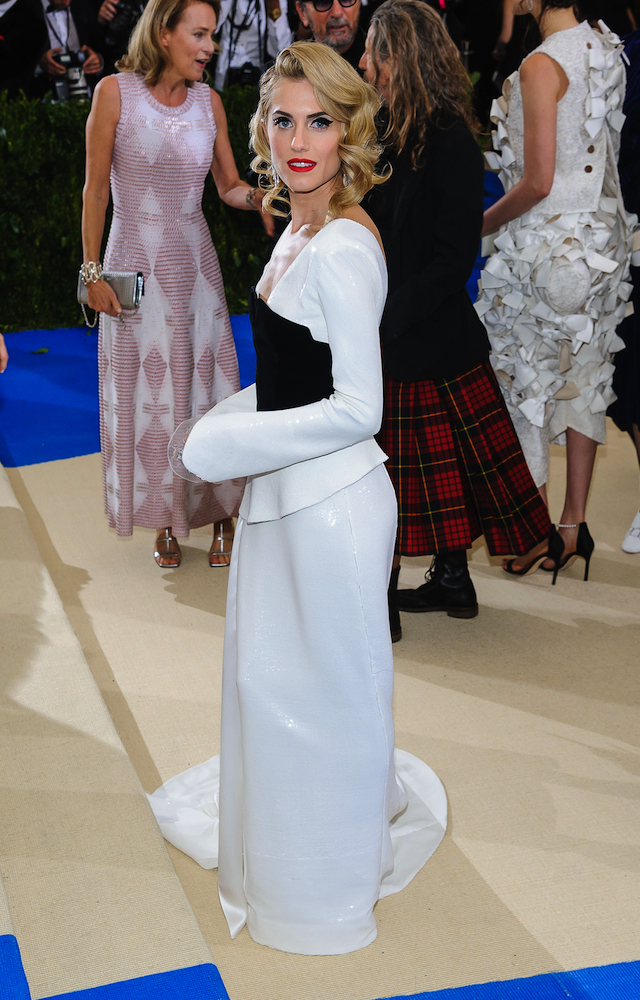 Simple yet elegant is the best way to dress Allison Williams in this white and black Diane von Furstenberg gown. The black corset detailing is currently on trend, and the long white gown screams old Hollywood glamour. Not sure if it followed the theme, but we love it anyway! 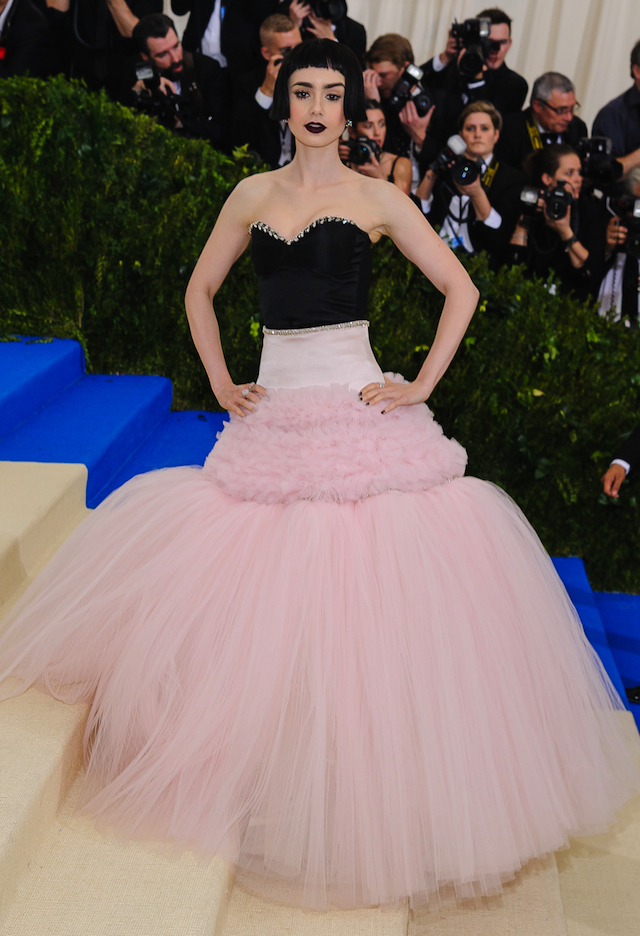 Is that Lily Collins or Rooney Mara?? This dress was such a bold and pleasantly unexpected look for the ever-so lovely Lily Collins. In this dress, she pulled off the ultimate high fashion Goth Barbie look and it was stunning. The blunt bob and dark lip gave her certain fierceness, but the softness of the pink tulle gave the look a perfect balance. 10/10 for Lily! 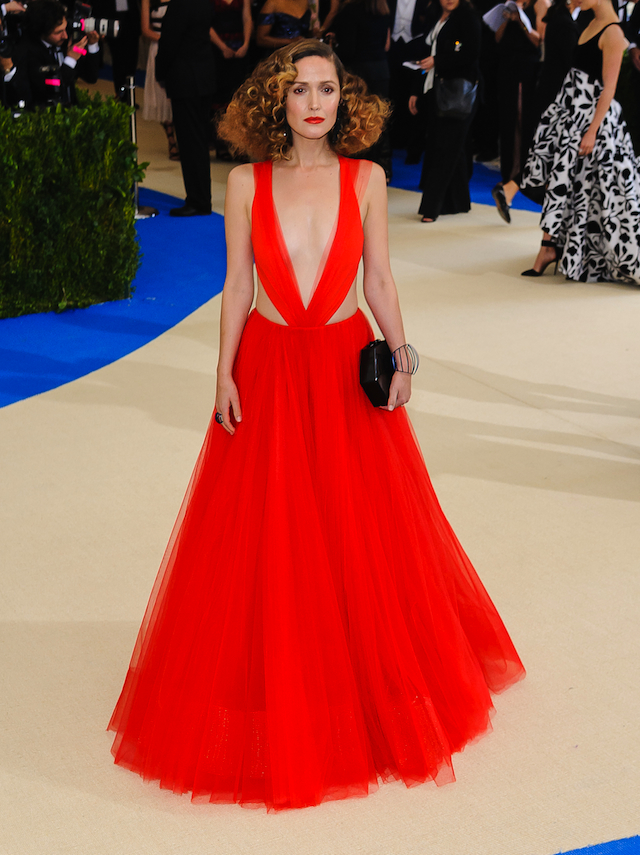 That plunging neckline though! Rose Byrne, AKA Helen from Bridesmaids, was another red-clad beauty at the Met Ball. Her Ralph Lauren gown was the epitome of princess vibes, but featured a touch of contemporary sexiness. Red is most definitely the new black! 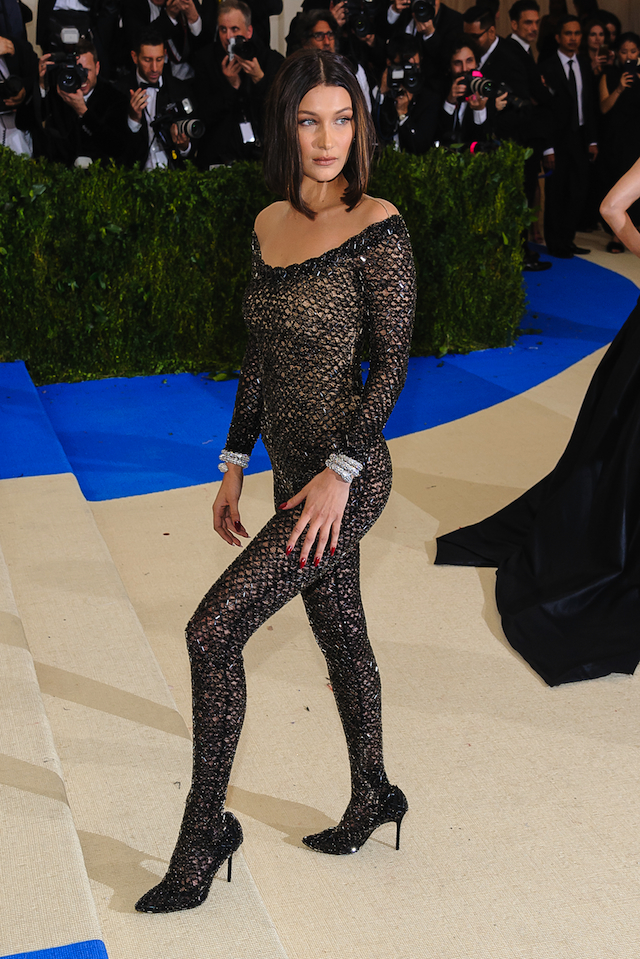 Bella Hadid was one of the last to arrive to the Met Gala red carpet, and she certainly made an entrance. Arriving arm and arm with designer Alexander Wang himself, the two showed off her cat-like black unitard on the carpet. Her sleek bob and the low-cut back made this outfit a daring showstopper. 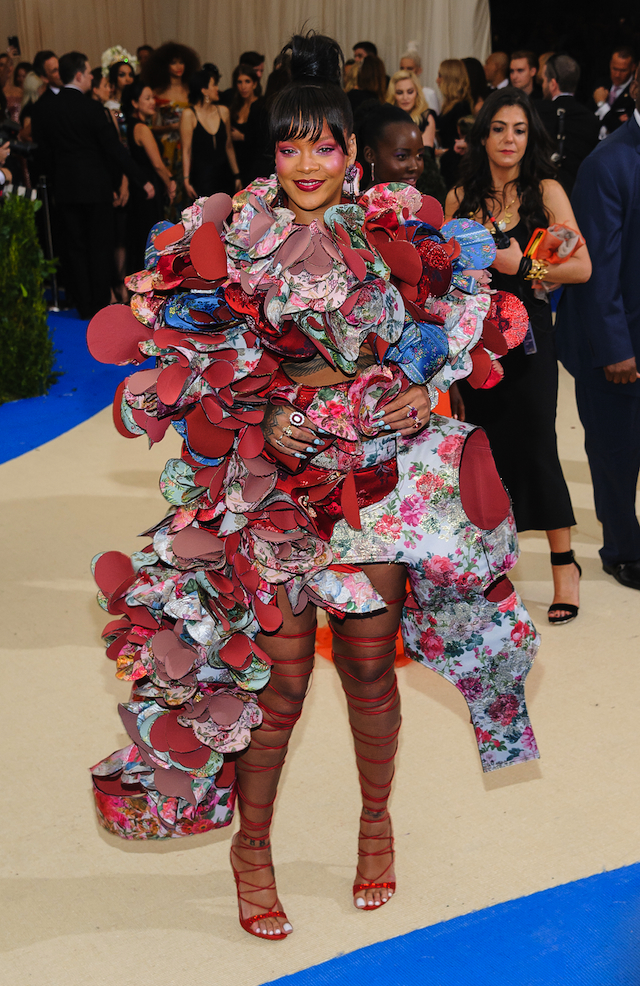 Okay, so Rihanna looked a bit like me trying to carry all my laundry from my car back into the house in one trip in this poufy number, but it pays to be this daring. Rihanna is another celebrity who took the theme seriously enough to not care if she got made into a million Internet memes, and we applaud her for that. She took the theme so seriously she wore the honorary designer’s work. Plus, if anyone can pull off this colorful dress, it’s bad girl Ri-Ri herself!

What was YOUR favorite look of the night?