10 Tips for Surviving a Slasher Flick! 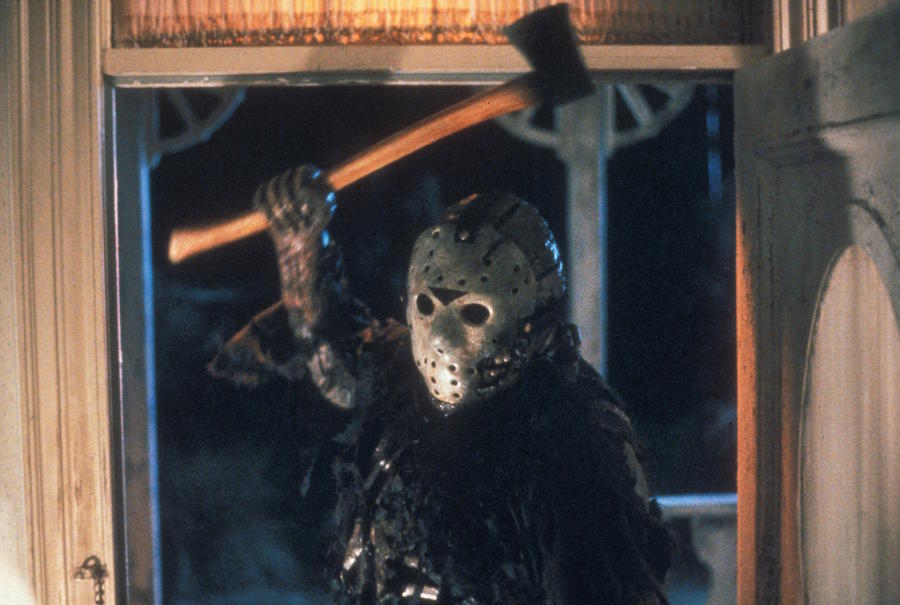 It’s that time of year when a crazed child predator your parents killed without telling you comes back to haunt your dreams... or that estranged brother you have that slaughtered your immediate biological family returns for you... or a child drowning victim due to horny camp counselor neglect has attained an immortal adult corpse body made for killing teens has resurfaced and blames you. Whatever the case may be, there is a good chance this year you’ll find yourself unexpectedly in a real-life slasher flick, like Nightmare on Elm Street, Halloween, or Friday the 13th Part 2-9 (Jason wasn't the actual killer in the first film -- Spoiler alert??). There is no need to fret, though, as below are full-proof tips to help you through this trying time.

Let’s face it, when you’re panicking to get into your car, you’re gonna drop your keys. Dropping your keys while a killer is on the prowl is going to make it tough to get away as you will drop your whole body to the ground and flop around in search of your keys that are right in front of you. Meanwhile, the killer is ready to take a stab at you, literally. Having a spare set eliminates this problem, but if you drop your spare as well, let’s just say you won’t have an open casket funeral.

2. Heed the warnings of the town lunatic

Any other time of the year when you’re road-tripping with friends and you come across this person, go on and join your friends in a laugh at how ridiculous they are. During Halloween, however, it’s a fact that these nutballs really know what’s going down. If he tells you don’t go to that cabin in the woods because of the curse of Old Johnny Machete, Uber the hell back home asap. You can laugh the whole ride home knowing your friends will be hacked to death. Later you visit the only surviving girl in a psych ward after the events that befell her and laugh in her face as well.

To be completely honest, in every slasher flick, one thing is prevalent: your parents are useless and in many cases will inadvertently march you towards your own death. What could the best solution be to make sure they don’t accidentally get you killed because all of a sudden they’ve become completely neglectful? Best to just avoid them altogether.

Hey, it’s still legal last time I checked. Even if it’s not, these are dire consequences. Steal one if you have to. Or hang outside of any bank for long enough and a recent bank robber will try to sell you a gun… fact. Have guns worked in the past against slasher killers? If it’s a Scream situation, absolutely, but if not, it’ll at least slow them down until you get your Scooby-Doo-style trap ready.

5. Have a Scooby-Doo-style trap ready

Sure, Scooby and Shaggy always made a mess of this traps, but it doesn’t mean you will. Have on ready for every occasion, and then do your research on the slasher made specifically for you to see how to get them. However they originally died will give you a good hint on how to kill them for good. But, once again, if this is a Scream situation, then Home Alone-style traps will suffice; any of those Macaulay Culkin-made death traps will kill people who aren’t Daniel Stern or Joe Pesci.

6. Surround yourself with friends/people you hate

The more numbers you’ve got the better your chance of your survival, especially if you’ve got an enemy in the mix. If you’re in a heated foot chase with a slasher who only walks around yet somehow always seems to be gaining on you despite the fact you’re in a full-on Bryce Dallas Howard-high-heeling-away-from-a-T-Rex sprint, be sure to slow your roll near the most unsavory of the group. When it seems like you can’t get any further away from the slasher, trip your nemesis and never think about them again. They’ll understand as the cold steel of the killer’s blade pierces their jerk belly.

Some freelance workers have a separate bank account they feed once in a while to help them out with rent when work is slow and they’re in a pinch. Your bank account, however, will be reserved specifically for a plane ticket, specifically to some place tropical, like Hawaii. Sure, you could also change your name, but that didn’t really help Jamie Lee Curtis out in Halloween: H20 and Halloween: Resurrection. Everyone knows the only way to get a horror movie tropical is to make it a comedy, so at least if you get killed, you’ll laugh your way to death, thus surviving a slasher flick but not a comedy.

This one is possibly the least fun of the bunch, but if Freddy Vs. Jason has taught us anything, it’s that if you indulge in anything like booze or weed, that sluggish state will be exploited to death, literally. D.A.R.E. officers may have “unintentionally” only wanted you to try all those mind-altering, ecstasy-enduing chemicals they built up so much, but slashers like Freddy will keep you clean!

This one is definitely the least exciting of the whole tip sheet and also the most overplayed, but not many non-virgins have survived a slasher flick. Jamie Lee Curtis had to fake her own death, change her identity, and hide away as a headmistress of a California boarding school just to get some and give birth to Josh Hartnett, only to be killed in the next flick in the first five minutes. So when it’s all said and done, become a nun or a monk.

I sincerely hope this list of tips will help you out this Halloween season if you find yourself living out a slasher flick. This final tip is reserved for those who find themselves on the periphery of a slasher flick. If that awkward, outcast girl or guy you suddenly have a crush on in class is looking out a window for too long and then yelps, or awakes screaming in the middle of class from a nightmare that impossibly and instantly came up when they fell asleep for five minutes or less during a lecture on geometry and other math shapes… stay away. I get that now that you’re witnessing a slasher flick before your very eyes with this guy or gal you never before had a crush on is giving you uncontrollable hormone blasting urges, but just keep walking. They and their friends will most likely get killed. Even if they all live, the spell will be broken and you won’t be pining over Johnny G Sweats A Lot, or Susie Q Actually Does All Of Her Homework. In every of other circumstance, they’re gross.

Heed my warnings, kids! Follow these steps and you will surely live out this year’s slasher flick season. But don’t forget the more horrifying events to follow this holiday season of December-January of surviving your family visits! Bwahahahahaha...