10 Most Promising Films from Sundance 2014 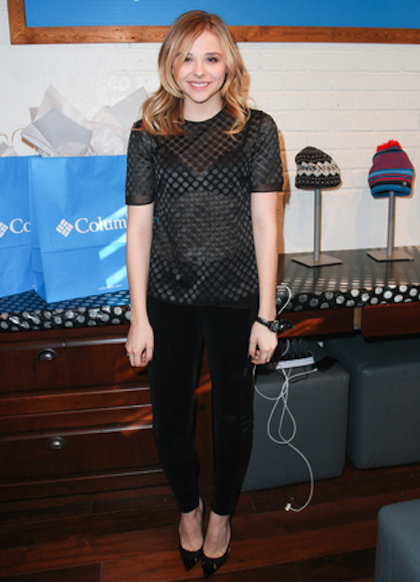 It’s that time of year again. The stars have descended upon the quaint town of Park City for sleek movie premieres, elegant parties, and, if there’s time, a little bit of skiing. This year’s crop of films at the Sundance Film Festival vary from fascinating documentaries to nail-biting thrillers, which begs the question: which films are worth seeing? I present to you my top 10 picks for the best-looking films of Sundance 2014:

1. Dear White People: This quirky satire stars Tyler James Williams (“Everybody Hates Chris”) as a student at a very caucasian Ivy League school. The film follows him as he tries to create his own personal identity in a “post”-racial America. The film is already receiving buzz from critics. It is the debut of filmmaker Justin Simien, and goes beyond the traditional clichés which plague us all. As a person of mixed race, I’m curious to see this film. I’ve never really been able to establish a personal identity based on my race, so I’m intrigued to see if others have.

2. Whiplash: I’m a sucker for jazz (despite the fact that I know very little about it), so I’m quite intrigued by Whiplash, which focuses on an up-and-coming jazz drummer. Starring Miles Teller (who wowed in The Spectacular Now), the film follows his journey as a drum student at a New York Conservatory, where he butts heads with his purist teacher, played by J.K. Simmons. The film has been compared to Black Swan, except with jazz -- so it’s a guarantee that there is an epic jazz battle in there. And just as a side note: how fitting is it that the star’s name is Miles?

3. Life Itself: Anyone who writes about film is bound to cite the late film critic Roger Ebert as one of their inspirations. Ebert is one of the reasons I chose to write about entertainment; as a child, I would verociously read his reviews. He is the subject of this intriguing documentary, which takes a look at Ebert’s more controversial side. Directed by Steve James (Hoop Dreams), Life Itself tells us the story of this quirky cinephile who never gave up his post at The Chicago Sun-Times. It is quite interesting how the man, whose passion for movies enthralled us all, has actually turned out to be quite a compelling movie subject.

4. Camp X-Ray: Kristen Stewart abandons her post as vampire queen and returns to her indie roots in this intense drama. Camp X-Ray follows Stewart as a prison guard at a camp for Islamic terrorists in Cuba, where she strikes up an unlikely friendship with a detainee (Payman Maadi, who was brilliant in A Separation). Surprisingly, the film is not preachy or even that political; it actually focuses on this unlikely pairing. Frankly, I’m curious to see how well Stewart will work against the enigmatic Maadi, and I’m happy to see her take on such a unique role.

5. Listen Up Phillip: For reasons unknown, Jason Schwartzman just makes such a believable writer. Maybe it’s because he captures our awkward behaviors so well... or maybe it’s the fact that he looks a bit like a melancholy New York writer, but Schwartzman always seems to shine when he’s playing a scribe. He’s back again as a writer in Listen Up Phillip, this time as a writer who feels isolated from his home city of New York. Elisabeth Moss and Krysten Ritter also star in this dramedy. As a fellow writer, I’m definitely curious to see this. I think all writers tend to feel isolated at one time or another throughout their careers.

6. Laggies: When I had the pleasure of interviewingKaitlyn Dever, she told me a bit about Laggies (which she stars in). I was intrigued by the premise then, and I still am. Directed by Lynn Shelton and starring Kiera Knightley, the film follows Knightley as a 28-year-old who panics when her boyfriend (Mark Webber) proposes. She decides to postpone adulthood for as long as she can by hanging out with a teenager (Chloe Grace Moretz) and her group of friends (including Dever). The film sounds oddly charming, and Shelton has a knack for dark comedy -- she directed indie favorite Your Sister’s Sister.

7. Kidnapped for Christ: I was first drawn to this film after reading Julia Scheeres’s harrowing memoir, Jesusland. Kidnapped for Christ takes place at the same terrifying school that Scheeres attended, Escuela Caribe, a behavior modification school with roots in evangelical christianity in the Dominican Republic. The school has thankfully been brought by another company, but the film focuses on a group of teenagers' horrifying experiences while they were trapped there. As a teacher, Scheeres’s memoir horrified me, so I can only imagine how compelling it will be to see newer students' experiences caught on film. Abuse, no matter what shape or form it comes in, should never be tolerated, and I applaud these filmmakers for taking a stand.

8. Frank: I realized that I have yet to see Michael Fassbender star in a comedy. I have been wowed by every dramatic performance he has given, yet I have always been curious to see Fassbender act as a funny man. My wish will come true with Frank, which may possibly be the strangest film to come out of Sundance. Fassbender stars as an oddball musician who insists on wearing a giant ceramic head at all times. The film also stars Maggie Gyllenhall and Domhnall Gleeson (About Time) and is actually based on the experiences of co-writer Jon Ronson.

9. The Skeleton Twins: Just as I have never seen Michael Fassbender do comedy, I have never seen Bill Hader nor Kristen Wiig star in a drama. The tables are about to get flipped with The Skeleton Twins, which stars Hader and Wiig as two estranged siblings after experiencing near-death experiences. The drama also stars Luke Wilson and Ty Burrell, who have not starred in many dramas either. I’m curious to see how well these comedians do as dramatic actors. I have faith in them; let us not forget Steve Carell’s incredible dramatic turn in Little Miss Sunshine.

10. Dinosaur 13: I don’t care how childish this makes me sound -- I love dinosaurs. They fascinate me. Thus why I am so interested by Dinosaur 13, a documentary that takes a look at the nasty strife between paleontologists, Native American tribes, museums, and the U.S. Government over the 1990 discovery of Sue, the largest complete T.Rex ever found (I have seen Sue, and she is huge!). Who knew that dinosaur hunting could be so complicated?

(Photo via Rogers and Cowan)