10 Burning Questions We Have After Binge-ing "The Umbrella Academy"! 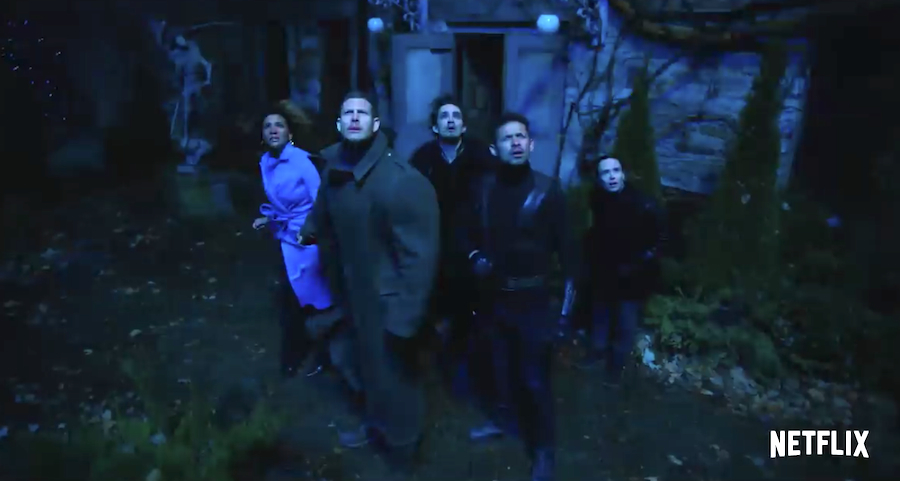 If you have not yet discovered "The Umbrella Academy" on Netflix, please stop reading and go there now. It is wonderful and weird and quirky, and I am about to give you a lot of *SPOILERS* so beware.

As much as I loved "The Umbrella Academy", it left me with quite a few burning questions. There is just so much we don’t know, so @Netlflix, if you’re listening, please give us some answers:

1. What happened with the rest of the babies born that day that weren’t given to Mr. Hargreeves? There are 36 other children, presumably with superpowers, that are just running around out there. One of the strange things about the world of "The Umbrella Academy" is that it seems like no one else really cares that these kids have supernatural abilities. I feel like there should be a lot more studies going on, but even though everyone knows about their powers, the kids are all pretty much left alone. What were the other babies' powers? And does anyone care to figure out why this phenomenon happened? Much confusion.

2. Is Diego’s power just being able to curve the knives he throws? How did they figure out he had such a specific specialty?

3. Ben? Everything about Ben is a question. Is his power that he turns into a deadly octopus-like creature? AND HOW DID HE DIE? WHY WOULD THEY NOT TELL US? Ben Hargreeves keeps me up at night.

4. Why does Number 5 not have a name? It’s not even like he’s the last kid and Mr. Hargreeves got tired of naming them; he’s right in the middle and just doesn’t have a name. Seems weird.

6. That said, is whatever Luther was injected with making him like Pogo? His upper body looks very ape-like, and Pogo mentioned that Luther’s blood was closer in type to his than to a human’s. Where’s the science behind this?

7. Will Mom survive the apocalypse? She deserves better.

8. What is the deal with time travel? Klaus went back and lived an entire year in the span of one hour. Does this have any impact on his body? How do the briefcases work?

9. Are they all living in an alternate version of our world? It definitely seems like they’re on Earth, and we know it’s 2019, but the technology is all old. There are no cellphones, the TVs look like they’re from the '90s, and they use VHS tapes. But then they also are advanced enough to make a life-like robot (Mom), so what is happening?

10. And finally, when is Season 2? Because we deserve answers!

"The Umbrella Academy" is streaming on Netflix now!