Set Phasers to Swoon: The Jonas Brothers Are BACK With a New Single! 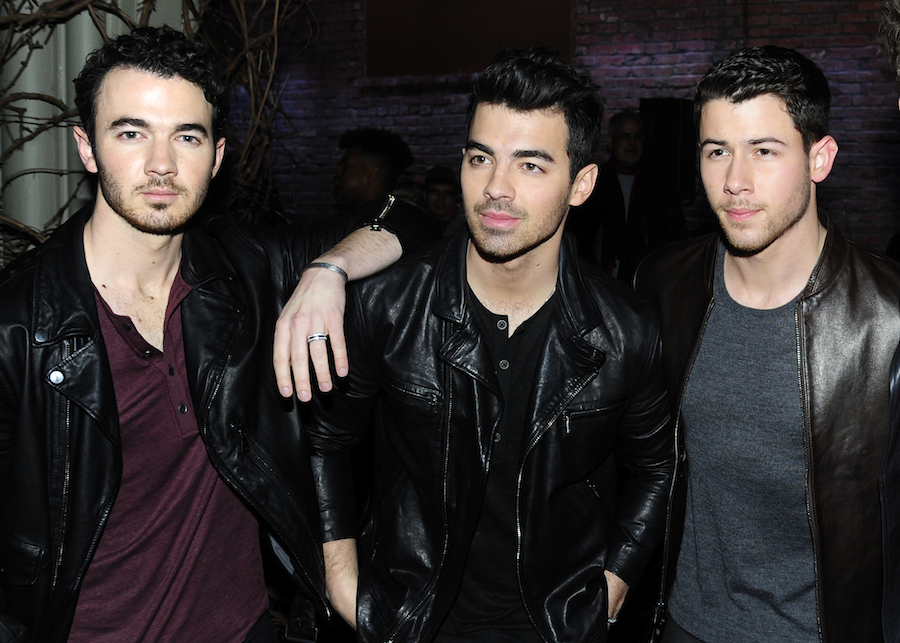 All is right in the world again, because the Jonas Brothers are reunited, and even better, they’re giving us a brand-new song! The new single, “Sucker”, is dropping tonight at midnight, and I have to admit, my 2008 self is screaming right now... Let's be real, so is my 2019 self!

Okay, so it’s not like Kevin, Nick, andJoe fell off the face of the planet and are making a comeback after years of hiding. No, in fact, we have been seeing a LOT of Jo-Bro news lately, but this is huge because it’s their first piece together in nearly 6 years… that is 6 years too long without the brotherly voice collaboration we all know and love.

But wait, there’s more! Not only are we getting new music, but the Jonas Brothers are taking over "The Late Late Show with James Corden" ALL NEXT WEEK! Starting March 4, the bros will be hanging out with Corden for 4 straight days, bringing us all of the "Late Late Show" madness we love like the segment “Spill Your Guts or Fill Your Guts” and, of course, “Carpool Karaoke”. I am a huge fan of the latter, so throwing this trio into the mix is sure to be epic. Oh yeah, and one more thing: Kevin, Nick, and Joe will be performing the new single together for the first time! This is like the Jonas Brothers gift that keeps on giving.

"The Late Late Show" put out a teaser this morning revealing this huge news to us, and there is even a sneak peak of “Sucker” at the end!

On Instagram, all 3 of the Jonas Bros posted pictures, including the cover of the new single and a photo of the trio standing in front of a sign that reads “Hello Again”.

So, why now, in 2019? With everything that is going on in their personal lives like, Joe’s engagement to Sophie Turner, Nick’s whirlwind romance-turned-marriage with Priyanka Chopra, and Kevin taking on the parent life with his wifeDanielle, plus Nick's solo career and Joe's new(ish) band DNCE, the guys seem to be very busy! But this exciting news has to do with their recent partnership with Republic Records. So does this mean more songs? Maybe an album? A tour?! I may be getting a little too ahead of myself, but I don’t think an announcement this big is going to mean the band is getting back together for only one song. As a loyal fan throughout the years, I am so excited to see what is to come for the JoBros!