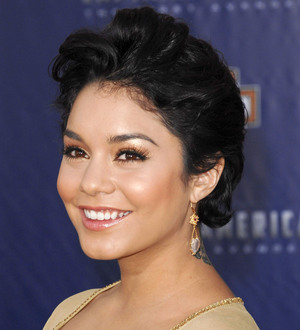 The actress was spotted making out with The Sounds star at a Hurley-sponsored party at the Shorebreak Hotel in Huntington Beach, California on Thursday (04Aug11).

An onlooker tells Life & Style magazine, "They were full-on kissing, touching and holding each other... They were kissing for so long, they seemed like teenagers. She kept laughing and kissing him."

Hudgens split from actor boyfriend Zac Efron in December (10) and has since been linked romantically to her Journey 2: The Mysterious Island co-star Josh Hutcherson. The couple attended California's Coachella music festival together in April (11).