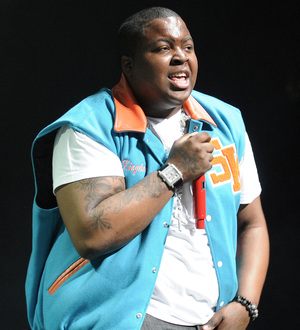 R&B star Sean Kingston underwent three life-saving operations following his May jet ski smash, and was rushed back into surgery just before his planned release from hospital.

The 21-year-old singer was left in a critical condition after the accident in Miami, Florida and reveals he underwent open-heart surgery after the crash.

He spent nearly a month in hospital recovering and was discharged in late June - but Sean Kingston would have been home sooner if he hadn't needed another emergency procedure to fix a torn aorta.

Speaking in an MTV special, Kingston reveals he was about to leave the hospital when he felt a "shocking pain" and medics rushed him back into the operating theatre.

He explains, "They were gonna send me home, but then I had felt a pain in my left chest, and I told my mom. They rushed me and they did a lot of scans on me, (and) they said I couldn't leave.

"A lot of people don't know it was a deeper situation. I had open-heart surgery and I had two other surgeries; it was a life-or-death situation."

But the star refuses to give up thrill-seeking: "I'm definitely going to be jet-skiing again. I have to overcome my fear. It wasn't the jet ski, it was not knowing the area."