Rowland: 'Management split from Knowles was as sad as a funeral' 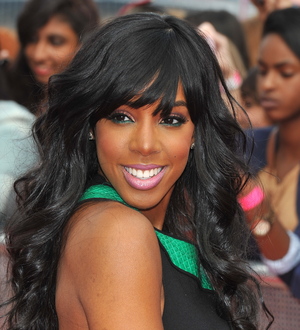 R&B star Kelly Rowland was filled with sadness when she fired Mathew Knowles as her manager, insisting it was "like a funeral" when she decided to cut ties with Beyonce's father.

The former Destiny's Child singer ended her professional relationship with Knowles in early 2009 after more than a decade with the music mogul and she admits she felt a little lost immediately after the business split, despite feeling the need to "start fresh".

She tells Vibe magazine, "I felt like, 'Oh my God, what have I done?' I stayed in the house for two days. I was sad. It was like a funeral. I had to deaden that situation in order to start fresh. That's a very long time to have the same manager and the same label (Columbia Records)."

She insists the parting of ways was an amicable one, although she is coy when asked if she still speaks to Knowles.

Dodging the question, she tells the publication, "Mathew sent me flowers for my birthday...! I respect him above anything.

"This man made me a millionaire at the age of 18. Taught us how to make money in the industry. I can never, ever forget that."

Rowland was the first Destiny's Child member to quit Knowles' Music World Entertainment management - Michelle Williams followed in 2010 and Beyonce took charge of her own career earlier this year (11).