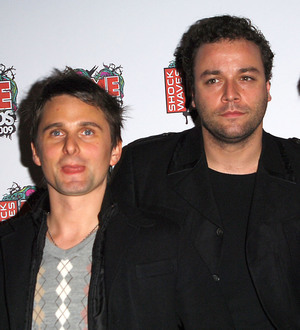 Muse were the kings of Q magazine's music awards on Monday (22Oct12) after they were named Best Act In The World Today.

Australian pop star Kylie Minogue was on hand to present the honor to the trio at a ceremony in London, where frontman Matt Bellamy credited their tight bond for their enduring success.

Accepting the trophy, Matt Bellamy said, "The key to winning this has been staying together. We're solid as a rock. Thank you."

Rockers Blur also scooped a top prize, seeing off competition from the Stone Roses, The Cribs, Radiohead and Bruce Springsteen to be named Best Live Act, and Bobby Womack won Best Album for The Bravest Man In The Universe.

R&B legend Dionne Warwick also turned up, despite a recent ankle injury, to collect the Q Classic Song award for Walk On By.