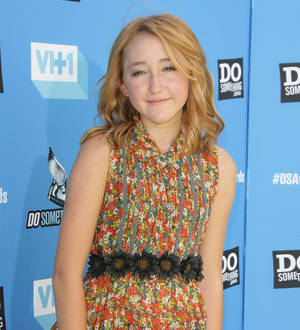 Teenager Noah Cyrus has teamed up with animal rights group PETA Kids as part of an appeal to keep youths away from Ringling Bros. circus performances in her native Nashville, Tennessee.

The 13 year old says, "We all know how awful bullies are, and circuses bully animals every day. Elephants used in circuses are forced to perform tricks by trainers who beat them and jab them with metal hooks... and as for tigers, they get whipped when they don't do exactly what the trainers want.

"Ringling routinely gives discounted tickets to schools, including Metropolitan Nashville Public Schools, in order to increase its profits. The only thing that kids learn from a circus performance is that it's acceptable to bully animals for human entertainment. That's a terrible lesson that should never come with the school's endorsement."

And she wants kids to boycott the circus, adding, "You have the power to stop this cruelty by refusing to go to circuses and by telling your friends and family why."

Her letter to the Metropolitan Nashville Public Schools has prompted a positive response from officials.

Replying to PETA, a spokesman says, "You certainly opened my eyes regarding the treatment of these circus animals."