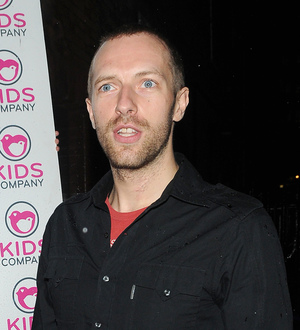 Chris Martin constantly worries about the future of Coldplay and insists each album feels like the band's last.

The British group has released four hit records, and the fifth, Mylo Xyloto, is set to hit stores in October (11), but Martin admits he is struggling to envisage a sixth offering.

He tells Billboard, "I always feel like each record is our last, but at the moment I'm in the stage where I really mean it.

"I just can't imagine how we would do another one, because we've thrown everything. When it's finished... we won't have been able to put more work into it, which I guess is the only thing we can really do."

However, Martin felt the same after the band's fourth album Viva la Vida or Death and All His Friends - and it took producer Brian Eno to convince the group to record again.

Martin adds, "When we finished the last record Viva La Vida, we were all feeling pretty pleased with ourselves when it was, like, number one or whatever. Then Brian Eno wrote to us and said, 'Dear Coldplay. I really think we've made a good record here. But I do think we can do a lot better, and I feel we all need to get back to work as soon as possible'."