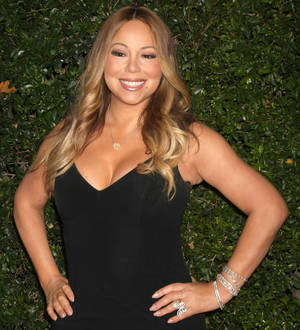 Superstar Mariah Carey took eight years to set a date to unveil her star on the Hollywood Walk of Fame after initially receiving the invitation to cement her place in pop history in 2007.

It was recently announced that the We Belong Together hitmaker, one of the most successful female recording artists in history, will be feted with the 2,556th star on Wednesday (05Aug15), but the news was met with mixed reactions from fans, who wondered why it had taken so long for Carey to be recognised by the Hollywood Chamber of Commerce.

However, officials insist they actually offered the honour to Carey years ago.

Ana Martinez, a top representative from the Hollywood Chamber of Commerce, tells WENN, "We want to set the record straight as many press and fans think that Mariah was just now selected for a star. In fact, she was selected in 2007 and just recently set the date with us."

Carey will be the guest of honour at her unveiling ceremony this week, when she will be feted by her longtime collaborator, producer Antonio 'L.A.' Reid, Precious director Lee Daniels, and her close friend, filmmaker Brett Ratner.