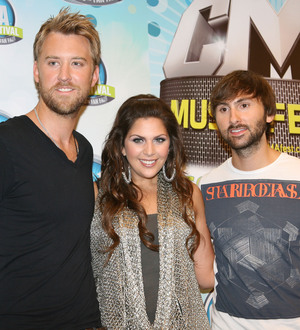 Country stars Lady Antebellum hired a mediator to teach them "how to argue" after starting the band in 2006.

The trio, comprised of Charles Kelley, Dave Haywood and Hillary Scott, struggled to communicate with each other and endured a difficult couple of years after forming the group in Nashville, Tennessee.

They turned to a specialist for advice on how to fight fairly and are now closer than ever.

Scott tells the Associated Press, "It took us time to learn how to communicate with each other the best way and each of us receives it. We actually - I don't feel ashamed to say - actually had someone come and mediate a couple of times.

"(The mediator was) not really a therapist, but a communications specialist... We figured out how to argue and work through things, but argue respectfully. Because we agree on a lot of things - on most things - but on the things that we didn't, it was figuring out how to work through those things.

"Time and a couple of sessions with that mediator and we figured things out."

Kelley adds, "The first two years were really hard. The last two years have been really easy," while Haywood agrees: "I think we're the closest we've ever been as a group right now."