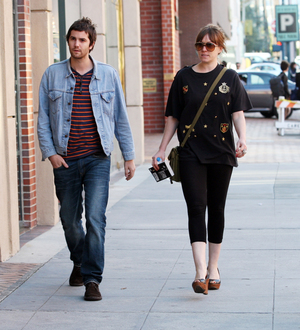 Jim Sturgess is hoping to make his mark on the pop charts after forming a duo with his girlfriend, La Roux musician Mickey O'brien.

The Across The Universe star, who previously fronted groups like Saint Faith and Dilated Spies before his acting career took off, has revealed he and keyboard player O'Brien have former a new electronic group called Tragic Toys.

"We have all these demoed bedroom recordings, as it were, so it would be nice to get them in a studio and work on them and bring them to life. We're both pretty busy to find the time to do that but I'd like to."