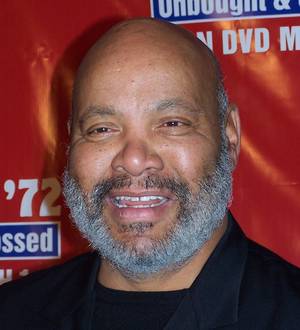 The ashes of beloved actor James Avery have been scattered off the coast of Los Angeles following his tragic death on New Year's Eve (31Dec13).

The Fresh Prince of Bel-Air star died at the age of 68 after suffering complications from open heart surgery in November (13), and he was remembered in a special ceremony, organized by his wife Barbara, on Saturday (11Jan14).

The event served as a "celebration" of his life, according to his mother, Florence Avery, and a small portion of his remains were reserved for a similar memorial due to be held in his childhood home of Atlantic City, New Jersey in March (14).

His 89-year-old mom tells the New York Daily News, "He was raised at the beach, and we both believe water is everlasting. Whenever you go to the beach, the water just goes on forever. That's life after death...

"We're supposed to have a service out here sometime in March with the fellows he grew up with and my friends. I'm a nature person, so I want it to be something outside. The whole world is a church when you're out in nature."

Florence is still struggling to come to terms with the loss of her son, adding, "The thought that I won't see him again really bothers me, but I know he's in a better place. He was very sick. When you can't do the little things for yourself anymore, you lose the determination to hang on. You want to live your life your way."

The actor had suffered from type-2 diabetes for years, while severe coronary heart disease and end-stage kidney disease were also listed as medical conditions on his death certificate, which was made public this week (begs13Jan14). His official cause of death was ruled as cardiorespiratory arrest.