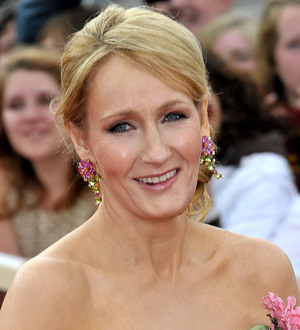 Harry Potter creator J.K. Rowling wept during a recent taping of genealogy show Who Do You Think You Are? after discovering she stems from a long line of single mothers.

The author famously wrote her early wizarding books while living on state handouts in Edinburgh, Scotland with her baby daughter after the breakdown of her first marriage.

J.K. Rowling, now happily married and with two more children, traced her roots on an upcoming episode of the British TV show - and she was stunned to learn she wasn't the first of her family to be a lone parent.

J.K. Rowling tells Britain's Radio Times, "What I'm very struck by is how many single mothers I'm descended from in this line of the family. There's a definite parallel here.

"Twenty years ago, I was teaching and writing in my spare time and was very skint (poor). And then not long after that, I became a single mum, so I feel the connection. There was a point where I really felt I had 'penniless divorcee lone parent' tattooed on my head."

But the writer has no regrets about learning about her ancestry: "It was very emotional. I don't regret a moment of it. I loved the experience. I now have a far greater sense of where I've come from."

J.K. Rowling's episode of Who Do You Think You Are? will air in the U.K. later this month (Aug11).