Florence + The Machine cut back Coachella set after accident 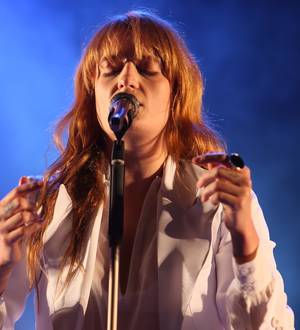 Florence + The Machine's performance at the Coachella music festival in California on Sunday (18Apr15) will be just 30 minutes long after frontwoman Florence Welch broke her foot at the event last weekend (11-12Apr15).

The singer suffered the injury after jumping off stage during the band's first set at Coachella last Sunday (12Apr15), and they are now set to deliver a shorter, stripped back show for their second turn at the festival.

A message posted on the official website for Coachella has now confirmed the set has been cut from an hour to just 30 minutes.

Florence + The Machine will be among the headliners at this summer's (15) Glastonbury festival in Britain and Welch has insisted she hopes to be fit to perform as planned.