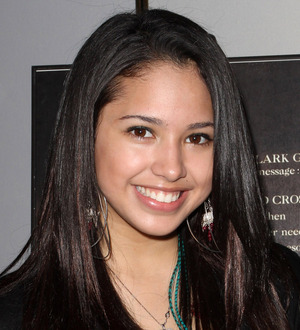 Justin Bieber's ex-girlfriend has obtained a restraining order against a man who allegedly offered to pay someone $5,000 to kill her.

A judge in Los Angeles issued the temporary order to Jasmine Villegas, 17. It states that 33-year-old Steven Cintron must stay at least 100 yards (91 metres) away from the singer and her family until a hearing later this month (Aug11). He is also forbidden from reaching out to her on the internet.

According to the documents, obtained by TMZ.com, Cintron sent Villegas thousands of messages and posted YouTube.com videos to her - but it was one, in which he allegedly threatened the pretty teenager, that put her on red alert.

She claims, "In a couple of the videos, he has appeared holding deadly weapons, i.e. a gun, machete knives stating that he was going to find me, rape me, and kill me."

She also alleges Cintron sent her a 'Tweet' along with a schedule of her performances, writing, "You're dead Jasmine. I swear to God I'm going to kill you. I will blow your f**king head off, b**ch."

Villegas, who appeared in Bieber's Baby video, claims Cintron has also threatened to kill her mom, her current boyfriend, and her younger brother.