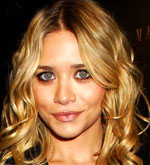 Ashley Olsen is contemplating a return to her acting roots - she wants to walk away from the fashion industry.

The 23 year old and her twin sister Mary-Kate are partners in women's fashion collection The Row.The former Full House star abandoned her career as an actress to pursue her dream of designing full-time when she took over the reigns while her sister continued to act.But Ashley admits she sees another career switch in the future - and hasn't ruled out returning to her acting roots.She says, (In the fashion world) everyone is just really looking out for themselves. I don't know if I'll be designing this collection forever. A couple of years from now, I'm sure I'll want to do something else, and I'm not going to shy away from that. What if I just want to be an artist, or if I want to go back to acting? Which is not in the cards, but what if I wanted to do that?