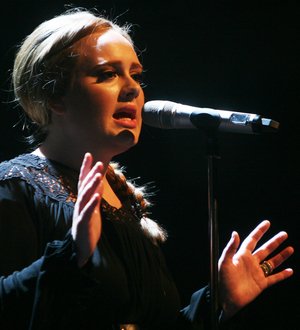 Adele's movie dreams were dashed last year (10) when one of her songs was rejected from the soundtrack of Jake Gyllenhaal's movie Love And Other Drugs.

The Someone Like You hitmaker submitted a track to movie bosses in the hope of landing a musical spot in the romantic drama - and she was upset to learn she had been snubbed.

She tells Britain's The Sun, "I really wanted to have the soundtrack for Love And Other Drugs. I was in for a good shot but I submitted the wrong song. I love that kind of movie. Maybe next time."

But the singer is still keen to hear one of her songs on the big screen: "I want to do a Martin Scorsese film. I don't know if I am trained enough to offer something that good for one of his movies."