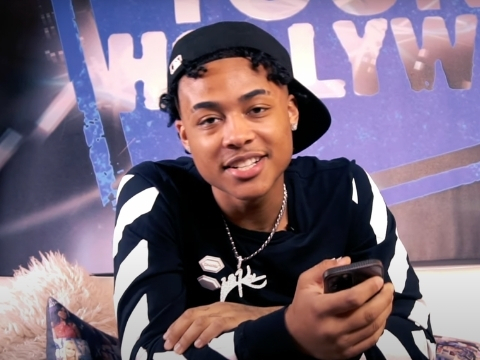 It's becoming a familiar story these days -- talented kid makes homemade music, posts in online, and then BOOM! They find themselves on the Billboard charts! Such is the case for St. Louis's own Luh Kel, who gained an impressive following on Instagram from posting songs that he recorded in his grandparents house. Two albums and one gold-certified single later ("Wrong"), he's one of the hottest rising stars in the hip-hop game! Luh Kel stops by the Young Hollywood Studio where we get to know a little more about him -- or maybe he gets to know a little bit more about himself? -- with a game of "Sip or Spit"! We quiz him on things like his own IG captions and his past explanations of his song lyrics, plus we find out if he remembers who won the Super Bowl this year and whether he would Kiss, Marry, or Kill, a TikTok superstar and a pair of famous Megans!