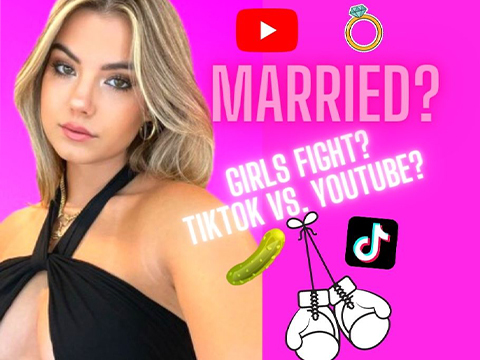 We're having a mukbang, Young Hollywood-style, with our girl SJ Bleau as our fave TikTokker returns to the YH Studio to munch on pickles and talk all things Girl Fights! After posting on TikTok that she wanted to follow in the footsteps on her male influencer counterparts and get in the ring with social media's most popular ladies, the race is on to come up with the perfect female influencer match-ups! SJ speculates on who she could go toe-to-toe with and explains why she would prefer to fight someone she isn't friends with. She also shares her thoughts on the LiveXLive match-up card that was recently announced, plus she sets the record straight on that Father's Day tweet that kicked off a ton of rumors, and she explains the most likely reason she's so obsessed with pickles!