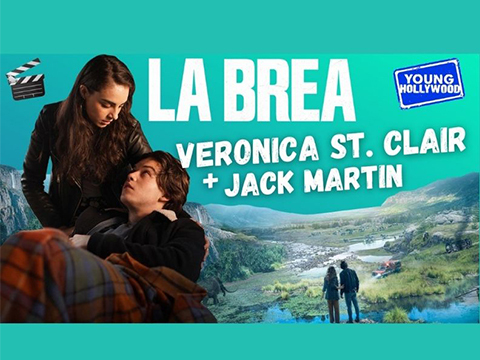 If you aren't already shipping Josh and Riley on NBC's "La Brea", you definitely will be after watching this interview! The chemistry between actors Jack Martin and Veronica St. Clair is off the charts, and when they drop by the Young Hollywood Studio, all we need to do is point the camera at them and start filming! The dynamic duo tells us all about their experience filming the sci-fi/fantasy series in Australia and their reactions upon seeing the final, finished product on TV. They also tease us a bit about Josh and Riley's relationship, plus they reveal some behind the scenes secrets from some on-set pics that we show them, and Veronica tells us about how Jack was the very first TikTok account she ever followed!