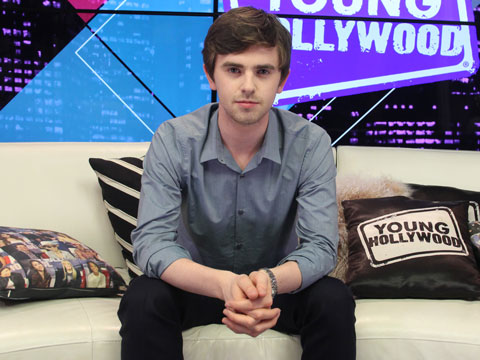 The impossibly charming and talented Freddie Highmore returns to the YH Studio to catch us up on the most intense season of A&E's "Bates Motel" yet, which featured not only Freddie having to pull double-duty acting-wise (portraying both Norman Bates AND his mother) but gave him an opportunity to write an episode as well! He also talks about taking time to attend university, plus we test his linguistic skills!