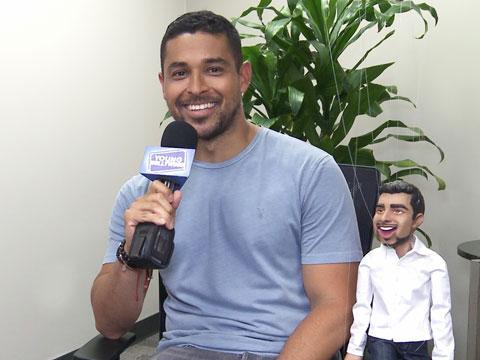 Wilmer Valderrama Spills The Celebs In His Puppet Show

YH heads to Hollywood where actor Wilmer Valderrama is revealing his new project -- and his giant puppet avatar! It's all part of his series "The Hollywood Puppet $#!%show", which uses puppet likenesses of celebrities to reenact funny real-life stories! Wilmer tells us how the idea came about (and whether or not we can expect any appearances from his "That 70s Show" co-stars), plus he looks back on his career and shares a frightening story of mistaken identity he encountered in Germany! "The Hollywood Puppet $#!%show" airs Tuesdays at 10:30/9:30c on FUSE.