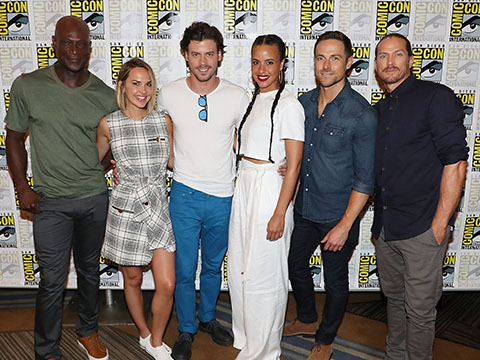 Which Midnight, Texas Star Is Most Likely to Live in Midnight IRL?

Young Hollywood catches up with the cast of NBC's hit series "Midnight, Texas" at Comic-Con in San Diego, including François Arnaud, Jason Lewis, Parisa Fitz-Henley, Dylan Bruce, Arielle Kebbel, and Peter Mensah! Find out which actors would actually live in a real-life Midnight if they could, plus they reveal which among them is the biggest flirt, most likely to show up late, and more!