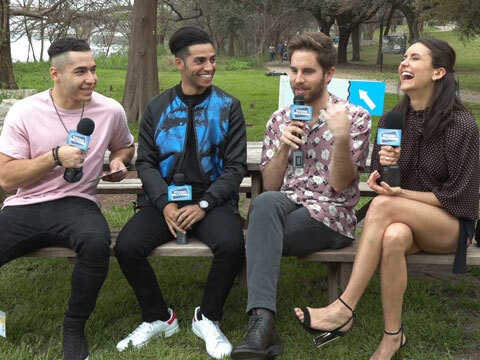 Political dramedy 'Run This Town' takes a look at a real-life political scandal through the fictional eyes of its Millennial central characters, played by an exciting ensembles consisting of "Vampire Diaries" star Nina Dobrev, our new Aladdin Mena Massoud, and singer Ben Platt. Young Hollywood chills with the exceptionally talented castmates at SXSW in Austin, who give us some background on the story (based on true events in Canada) and their favorite moments on set. Plus, they tell us about times when they "ran the town" in real-life, reveal the best bars to go to in Austin, and Toronto natives Nina & Mena make Ben an honorary Canadian!